Cirilo’s mother and sister travelled from the Philippines and hundreds of parishioners, friends, clergy and the Catholic Filipino community attended.

Cardinal John said, ‘Cirilo, you chose the Gospel where Jesus told you, “Feed my lambs, look after my sheep, feed my sheep.” That’s the work of a shepherd. Cirilo, be a shepherd according to the heart of God.’

Cirilo said this is how he saw his calling: ‘To be joyful and faithful. To be with the people. To journey together in faith and love.’ He thanked God, his family and the communities for their support.

Cirilo came to Wellington from the Philippines in August 2014 to attend language school and to prepare for further seminary studies. He was immediately welcomed into St Benedict’s community, Khandallah, where Fr Doug Shepherd, Diane and Eugene Crosby and other parishioners provided Cirilo with a ‘home away from home’.

Eugene Crosby said, ‘Diane and I got to know Cirilo well over a good couple of years. We’ve always been a family that tries to look after our priests so they feel part of our family.

‘It was a privilege to be at Cirilo’s ordination to the priesthood and to witness the beginning of this new stage in his journey.’ 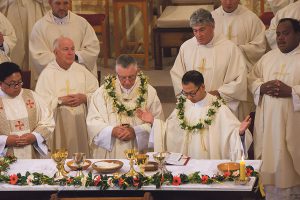 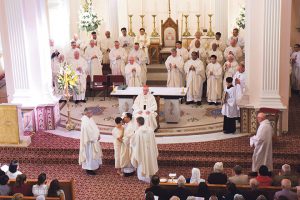 Fr Cirilo celebrates with his mother after his ordination. 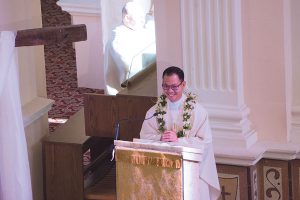 Fr Cirilo, ‘a shepherd after the Lord’s heart’. 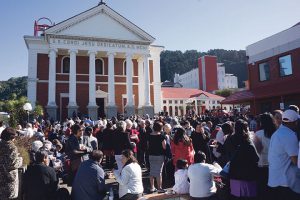 Hundreds gathered in the piazza for a spectacular lunch provided and served by the Filipino community.