In an age of innocence, before a particular serpent had appeared in the garden, there was no reality television. There was fiction, there were documentaries about things that happened in the world, there was news, and there were game-shows. Reality television is all of these and none of them. The ‘reality’ it presents would not exist without the television. It’s not as if there was an independent Big Brother house at a fixed address, to which cameras turned up one day. But reality television also claims to be real in an elusive but robust sense (Kylee really is devastated that she might be voted off…). So we have the exciting extremes of fiction, with an artificial polish that looks good on screen, but which also claims to be ‘real’.

‘Back with the Ex’, ‘Naked and Afraid’, ‘Big Brother’, ‘Married at First Sight’, ‘The Valleys’, ‘Heartbreak Island’, ‘Geordie Shore’, it goes on and on. We should come clean, most of us could not make it on reality television. We become bashful once the cameras roll, unable to be ourselves, or at least unable to discover the sort of self that looks okay on reality television. The effect has been noticed in quantum physics, that the mechanisms of observation – camera crew, producers, directors – alter the thing that is being observed. The unselfconscious lacklustre way we handle things in the everyday does not work on screen. Most of the people we know are lacklustre like this, getting on with their lives in a low-key manner. It is striking that in spite of this, they are often strangely lovable, in a way that most stars of reality television are not. 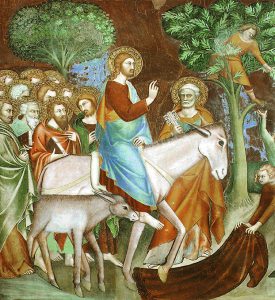 Two large differences between the one and the other stand out. The everyday world is a place where things actually matter. Inarticulate and undemonstrative its inhabitants might be, but they have lives where things are really at stake, and this opens up possibilities of action, suffering, generosity, and love. Their common vulnerability constitutes an original human community. Interestingly, those who inhabit the world of reality television exclude themselves from this. However much they bang on about the risks and dangers of what they are attempting – and they don’t hold back – we know the worst will never happen. No one will actually die here, however much we sometimes wish they would. They live a life that approximates to that of the Greek gods, who have ambitions and projects and hopes, but who do not die, so that in the end, nothing much matters, and it is all play. As has been noticed, a life turned into play quickly becomes boring. Some reality shows come across precisely in this way, as exercises in staving off boredom. There is a second large difference. When a life is not drawn forward any more by things that really matter, its focus shifts. The protagonists change from dealing with things in the world to dealing with how they will style themselves while dealing with them. They become manipulative towards what they live through, incapable of responding directly.

“When a life is not drawn forward any more by things that really matter, its focus shifts.”

These themes are significant in a world that attempts simulation on a scale never-before imagined, where people are in danger of disappearing into a space where everything is determined by the way it appears on screen. Simulated objects of this sort are controllable, appearing and disappearing as we want, and behaving as we want. Real people are unsatisfactory by comparison. They answer back, for example. If we point out they are at least ‘real’, it is not clear why this should be an advantage. Why not have a perfect machine-like partner, rather than an imperfect ‘real’ one (what did ‘reality’ ever do for us?).

“Therefore I tell you, whatever you ask for in prayer, believe that you have received it, and it will be yours.” – Mark 11:24

When we look at the Gospel, we notice how it encourages us to face ahead, to look neither to right nor left, and to go into the frightening space where people actually die. Jesus heads for Jerusalem in this way, handing himself over, ignoring questions of how it might play out in the end, or what the spectators will make of it. When a well-meaning friend tries to get him to acknowledge the dangers – as though dissuading him from an unwise career move – he implies the well-wisher is of the devil’s party. Otherwise it is an uneventful march towards Jerusalem. They walk. But it is the real thing, drawn by an awareness of a heavenly place, where the buck finally stops, and in relation to which the reality or unreality of the rest is to be judged. Even pagans can make sense what is at stake here – which is basically everything. At the end of the Platonic dialogue Crito, after Socrates refuses a chance to escape from prison, he farewells the character Crito with words that sum up a life of non-simulation: ‘let us follow this course, since God points out the way’.

Rev Dr John Owens’ particular academic interests include twentieth-century philosophy and its relation to Plato, Aristotle and Aquinas. Outside of academic life, John plays the flute and is a keen cycle-camper. (www.gsc.ac.nz/about-gsc/our-people/john-owens/)