Referees are easy targets. So are politicians. We don’t hesitate to tell them what we think of their decisions or actions, or lack of both.

But employers? Now they’re different. There could a job or a promotion at stake. We think twice or even thrice before criticizing the boss. Even when we honestly think the boss is wrong, the boss is always right! 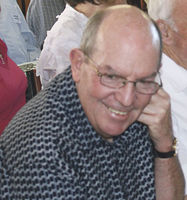 Unless, of course I am not particularly worried about my job or I’m wanting to leave anyway. Then the gloves can come off, there are no holds barred and I can go in (and out) with both barrels firing!

Criticism is important and necessary. It doesn’t have to be disrespectful and it can benefit everyone involved. Unfortunately, there is not enough criticism where it is needed and when it does come it can be too late.

The British Parliament has had to face an angry and disillusioned public in recent years over wasteful and selfish spending on the part of elected representatives. Expense accounts were grossly abused.

An independent enquiry found that Parliament suffered from ‘a culture of deference’, meaning that staff were reluctant to criticise the spending of their seniors for fear of ‘speaking out of turn’ or interfering in matters outside their competence or responsibility. Staff often knew the expense being claimed was unjustified but felt it was not their place to criticise.

Does a similar ‘culture of deference’ exist in the church?
Until quite recently lay people were reluctant to openly criticise the clergy and priests would talk negatively about the bishop but not to his face. While the climate has changed somewhat and there is evidence of a much healthier critical relationship between lay, clergy and bishops, the trend is not seen to be going any higher.

What do bishops really tell the pope? How much critical input reaches the pope through the Vatican’s worldwide diplomatic network? How much is the pope, or even the Vatican hierarchy, shielded from true opinions?

There are careers to be considered. Telling the boss what you think the boss wants to hear can apply within the church hierarchy as much as in any large corporation.

The ‘culture of deference’ should not be discounted as a thorn in the side of the Body of Christ struggling in a present crisis of credibility. Thorns are painful and highly infectious. Infection can prevent and certainly delay healing.

Yes, there is a time to speak and a time to keep silent. Today, in the church, is not the time for silence.