The recession is hitting hard for many families and individuals, with Catholic Social Services seeing a 70 percent increase in social work appointments and a 23 percent rise in counselling appointments overall in May this year compared to May 2008. 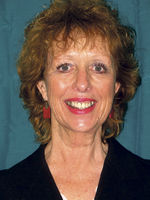 CSS director Barbara Gilray said in May last year there were 64 social work and budgeting face-to-face appointments. In May this year that number had reached 109.
Like other agencies, CSS is reporting a significant change in the numbers of people seeking help. CSS has also noticed a change in the type of clients facing economic troubles. Barbara says there has been a noticeable increase in the number of working people on good salaries seeking budgeting advice because they had become overcommitted.
Among these were people with credit cards that had reached their limit, and people who had borrowed 100 percent mortgage loans when this was encouraged by banks. When trying to sell, they discovered that their homes were worth less than they paid for them. There were also growing numbers of people who had bought goods from retail stores on time-payment schemes who were now unable to find the money to pay for them. She says for some clients borrowing from money lenders – now more prevalent in the community – can appear to be a quick and easy fix.

CSS social worker Trish Heward, who also works with the St Vincent de Paul Society, says they are seeing increasing numbers of people who, by taking food parcels, are then able to pay other essential household bills, such as power and rent. People in general are finding it harder, she says, noting that a recent decline in the number of food donations could be a reflection of the economic times.

Vulnerable families are generally hit first in a recession, but the agency has also noticed that job losses and redundancies are affecting highly qualified people. This is apparent in both social work and counselling areas and was likely to lead to a rise in the numbers of people affected by stress.
‘In a recession, stress levels in families go up and they impact on parental relationships.’ Stress due to family finance worries is also filtering down to schoolchildren, Barbara says.

CSS counsellor Linda Knowsley says there are fewer options for people working on contract. ‘Wellington has always been a big place for contract work and many people liked the flexibility of it. Now people are actively seeking permanent employment because companies are cutting back on contract positions.’

While some other agencies are reporting increased numbers of people phoning or presenting with depression related to the recession, fellow counsellor Gail Teale and Linda both say they have noticed that many highly skilled people are still confident in their own ability.

‘People who have always been more vulnerable in our society will usually be more vulnerable in times of recession,’ Linda says. People who are naturally good problem solvers will respond well to change and stress and see it as a challenge. They may become more resourceful in such times and this can sometimes yield more focus. ‘Whatever people’s natural tendencies are, these are more highlighted in times of stress.’

Linda says this is all down to how a person views the stressful event. ‘We may not have control of it but it’s the way we view it and manage it with support and resources. If we have good physical health we are often going to be better able to cope with tough times.’

Both counsellors agree that if a person sees their paid work life as who they are rather than as a part of their lives and just one of their roles, redundancy can be hard.
Gail says as job loss becomes a more long-term prospect for a person this has impacts on social standing. ‘Constant rejection can affect motivation, and this will take a toll on the person.’ People may experience embarrassment and shame and perhaps retreat into themselves. ‘They won’t tell people, they will withdraw.’

It is, however, vital that people do stay connected. ‘Humans need other people.’ They need to work out who their supporters are. It’s important that they share with others what it is like for them going through this experience, she says.
And for people in the community, wanting to reach out to others in the tough times, Gail and Linda offer this advice: Keep an eye on each other—stay in touch, stay connected. If someone does need help, offer concrete support—‘I can help you out on Monday mornings’ rather than a vague ‘call me anytime’ comment. It is wise to put boundaries around your offer so both of you are clear about it.

Trish says that food donations from parishes are extremely welcome and much valued by the St Vincent de Paul Society.
CSS aims to help all people regardless of circumstances, beliefs or race.

Among its services are social work and counselling, relationship counselling, anger management, parenting through separation and individual work with children in schools.
While donations are encouraged the agency does not turn people away because of costs.