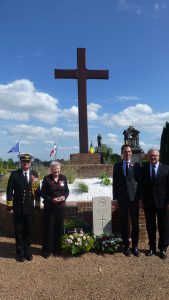 In a Mass at the parish church of St Nicolas in Mesen on 8 June, 100 years after the death of Petone Parish Priest and Army Chaplain Fr James McMenamin, his chalice was returned to the place just a few hundred metres from where he was killed while conducting a battlefield burial service.
The Mass was concelebrated in Dutch and English by Fr Brian Fennessy, NZ Defence Force Chaplain and representative of the Archbishop of Wellington Cardinal John Dew and Belgium Naval Chaplain Geert De Wulf, assisted by the parish deacon Dirk and NZ Defence Force Chaplain Paul Stanaway. At the Parish Mass in Petone on 21 May this year, Padre Stanaway accepted the responsibility to safely convey the chalice to the Mesen Parish. As he handed it over he symbolically linked the two parishes and two countries.
New Zealand representatives included Greg Andrews, New Zealand Ambassador to Belgium; Captain Shaun Fogarty the NZ Defence Attache to France and Belgium; Ngā Tapuwae, NZ Defence Force cultural group; and ‘pilgrims’ who had travelled to Belgium for the Messines commemorative services. The Mayor of Mesen, Sandy Evrard, and local parishioners were eager afterwards to see Fr McMenamin’s chalice on the altar.
The Nieppe service was a special civic and religious occasion. Attending were Ambassador Andrews, Captain Fogarty, several New Zealand Pilgrimage Trust members, Nieppe’s Mayor, parishioners of St Martin, and various service groups and citizens.
The service began in the town chateau, with a bagpipe-led procession to the cemetery and Fr McMenamin’s grave. Representatives of Ngāti Ranana London cultural group led as a fitting and moving respect to New Zealand religious and Māori protocol for paying respects to the dead. In his speech, Fr Fennessy paid a warm tribute to his fallen priest and army colleague.
After the service and wreath laying, the procession laid wreaths at the parish church and local war memorial, before returning to the Chateau.
Fr McMenamin’s service and ultimate sacrifice was remembered at the 8am New Zealand service at Messines Ridge cemetery on 7 June. Surrounded by soldiers’ graves – so many of them New Zealanders – and overlooking the long rise up which the kiwi soldiers fought to successfully take the Ridge, Governor General Dame Patsy Reddy made particular mention of Fr McMenamin. Her mentioning individuals reminded us all that each one of these graves contained a fellow New Zealander who lies buried so far from home and family.
They may lie ‘at the utmost ends of the earth’ but they are not forgotten. As you visit the many places in Belgium that constituted the Western Front during World War I, you often read the refrain ‘The Belgians have not forgotten’. The services in Belgium and France to mark the 7 June centenary of the Battle of Messines and the 8 June death of Fr James McMenamin, while carrying out his priestly duties of battlefield burials, made it obvious the French and New Zealanders have not forgotten either 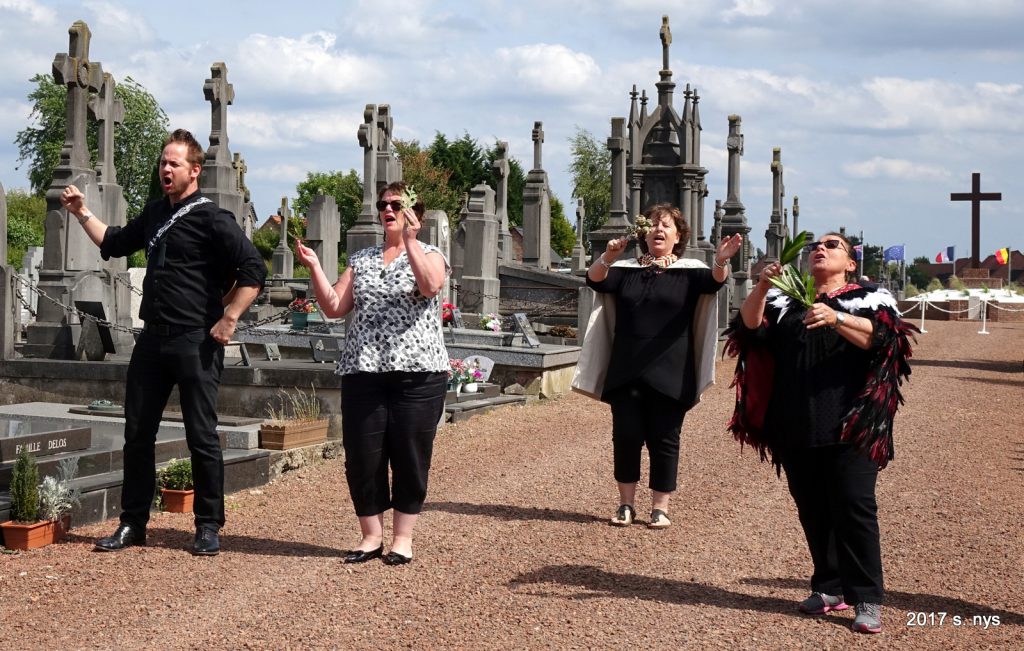