One of the most exciting initiatives I have been involved in during my time as Archbishop has been working with Sr Margaret Anne Mills and her leadership team to set up a community of Compassion Sisters in Westport.

Over the last two years as I have visited the parish in Westport I have become increasingly concerned about the situation for a number of the people in the area. The closing of mines and the cement works have left people out of work, and the availability of low-cost housing has brought new families to the area who can’t afford to live elsewhere. I also became aware that a parish without a community of sisters is deprived.

A parish that does not have a religious community is lacking the prayer and the wonderful witness committed religious can bring to a parish and a wider community. I asked the Sisters of Our Lady of Compassion if they would consider setting up a small community in Westport, to be a prayerful, hope-filled and supportive presence among the people. The Sisters did not need too much time to think about this request – they took only a short time to consider it and agree to go. Two sisters offered to go to Westport and excitedly looked forward to it.

Srs Lusiana Raratini and Emaleti Konokono moved to Westport early in February, and a week later Srs Margret Anne and Veronica Hurring went down to be with them. I travelled there at the same time as I was also blessing a newly renovated classroom block at St Canice’s School in Westport. 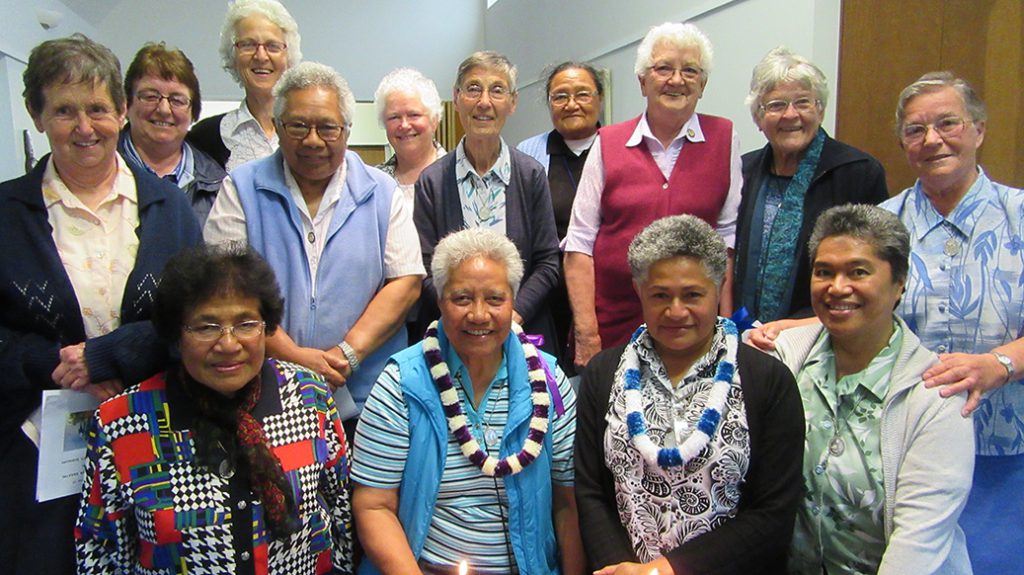 Compassion Sisters from Wellington farewell Srs Emaleti (l) and Lusiana (r) (front row wearing leis) as they leave Wellington for Westport to begin a new prayerful, hope-filled and supportive presence among the people there.

During our time of prayer I asked Sr Lusiana to choose a piece from the Gospels for us to reflect on. She knew at once what she wanted and chose the Gospel from the previous Sunday. The words of Jesus were ‘You are the salt of the earth, but if salt becomes tasteless, what can make it salty again… You are the light of the world. No one lights a lamp to put it under a tub; they put it on the lamp-stand where it shines for everyone in the house.’ (Matthew 5: 13-14).

In our time of prayer the sisters shared about what they saw their mission in Westport to be. It is that they have been called to be ‘salt and light’ to others, that their light is not to be hidden.

By this time, exactly one week after they had arrived in Westport, the Sisters were already well known and had endeared themselves to many of the locals. They had already become a supportive, praying presence to many people. This new community had been very warmly welcomed by the people in the parish and the staff and students at St Canice’s School. I offer sincere thanks to everyone for the way they have opened their arms and welcomed these two Daughters of Our Lady of Compassion.

A fascinating part of the day for me was looking at an album Sr Lusiana had compiled. Suzanne Aubert had visited the Buller and the West Coast in 1895 on a fund-raising tour and while travelling around the area she stayed with local families. I don’t know what funds she collected, but 24 women from Buller and the West Coast became Sisters of Compassion. This new foundation was in some ways a homecoming for the Compassion Sisters, and I was very privileged to be part of it.

I again thank the people of Westport for the wonderful welcome they have given the Sisters; I thank the Sisters for their willing and generous response to my request. Who knows, but this generosity may lead to more vocations for the order founded by the Venerable Suzanne Aubert.