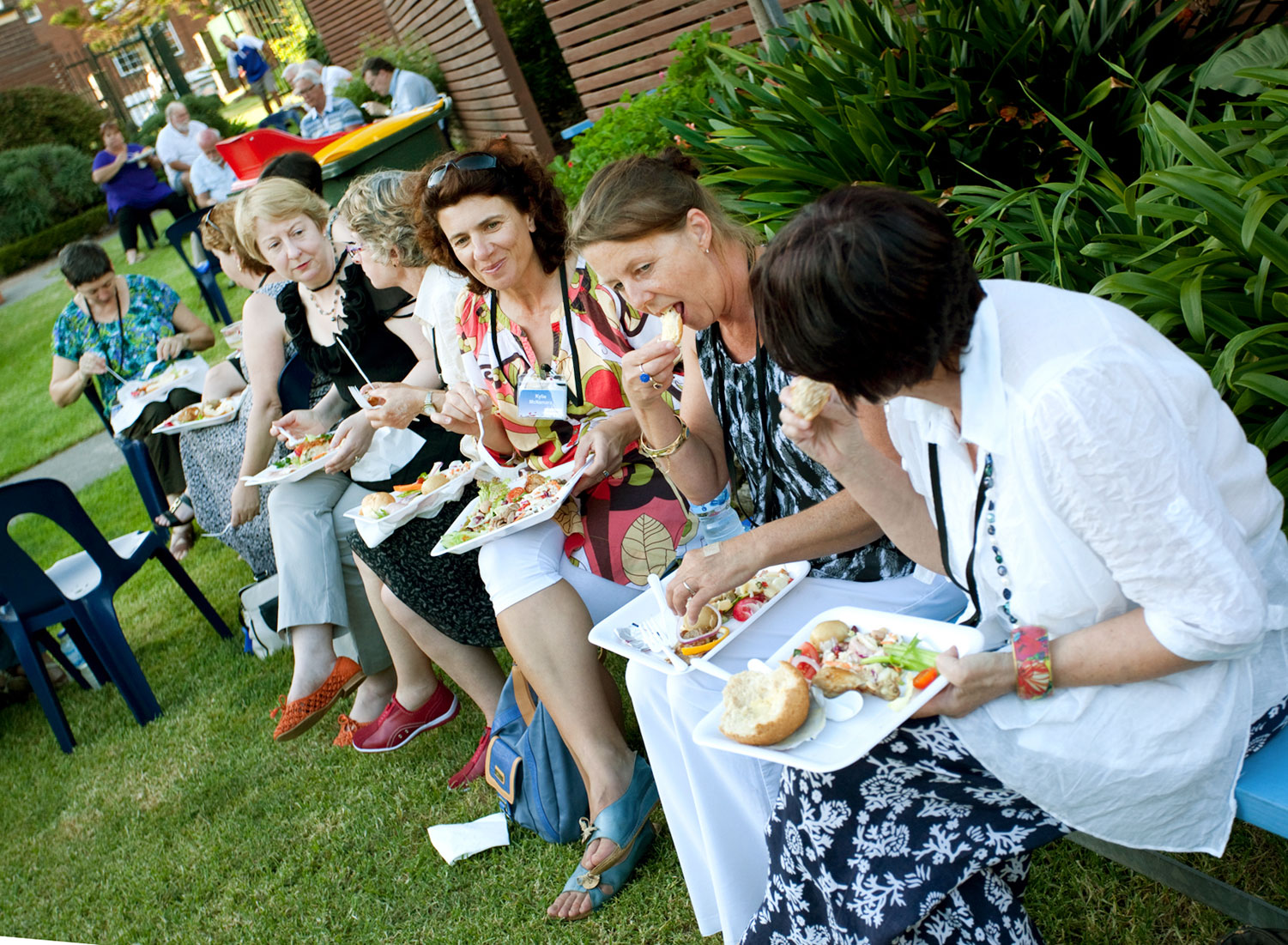 Three Wellington women who have returned from a conference on Liturgy and liturgical music across the Tasman are calling for NZ parishes to join with Australian musicians to draw on the wealth of uplifting music coming from interpretations of the vision of Vatican II.

Jane Kelly and Christine Paterson from the Cathedral parish and Estelle Henrys from St Thomas More Church, Otari parish joined 600 others at the Australian National Liturgy Conference ‘Lift Up Your Hearts’ arranged by the Wollongong Diocese Pastoral office and the Australian Pastoral Musicians Network in January.

The 600 Catholics including 12 from New Zealand gathered from 15 to 18 January to celebrate the heart of their faith.

‘How powerful it was to be part of such a big group with the same focus and enthusiasm, especially at the Masses, when all really did “Lift up Their Hearts” in song and prayer – a truly wonderful experience!’ said Christine. The three travelled as a team and continue to share the experience to try to enhance the liturgy in their parishes.

The writer of the popular 1979 song On Eagles Wings, Fr Jan Michael Joncas, spoke in a keynote speech about music being used for the glorification of God and the sanctification of the faithful.

In an address on music in the liturgy since Vatican II: ‘Something Old, Something New, Something Borrowed, Something True’, he emphasised ‘Full, conscious and active participation of people in the liturgy’. Fr Joncas, who is Artist in Residence and Research Fellow in Catholic studies at the University of St Paul in the United States, has agreed to visit New Zealand during future travel in this part of the world.

Philip Hadley from the Auckland Liturgy Centre, who was one of the NZ attendees at the conference, has already called a meeting of pastoral musicians with a view to establishing a New Zealand branch of the Australian Pastoral Musicians’ Network.

In her keynote speech, Dr Louise Campbell, who is director of the National Liturgy Office of the New Zealand Bishops Conference in Auckland, focused on the dismissal and our going forth from Eucharist to be Eucharist to all.

She urged participants to go:

Emphasising the ‘powerful medicine’ that Eucharist is, Dr Campbell told participants, ‘We are people of life…we all belong to the Communion of Saints’.

Fr Elio Capra SDB said in a breakout session that if people didn’t leave the Mass transformed, they can’t have been there.

‘We want people to feel disoriented and have a new orientation after the Mass.’ Saying ‘Amen’, he said, was both an act of faith and an act of commitment.