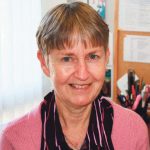 During the celebration of this Year of Mercy, in May the Wellington Abrahamic Council of Jews, Christians and Muslims hosted a discussion on Mercy in our Sacred Scriptures at St Joseph’s Church, Mt Victoria. On the panel was Sr Elizabeth Julian rsm, whose presentation is reproduced in WelCom in three-parts: a key understanding of mercy from the First Testament; the biblical underpinnings of the works of mercy; a New Testament perspective on mercy. This is the third and final part of her presentation.

Mercy in the New Testament

For Christians the clearest model of mercy is, of course, Jesus. His actions often speak louder than his words because he expresses mercy in specific, concrete actions. We see him eating with sinners and prostitutes, feeding the hungry, healing the sick, welcoming all manner of outcasts, teaching his sometimes obtuse disciples, and patiently answering questions. Jesus’ mercy is remarkable for its inclusiveness. He heals and comforts all-comers without distinction, Jews and Gentiles. Of the ten lepers who cry out, ‘Jesus Master have pity on us’, the one who returns to give thanks is a Samaritan, an outsider (Luke 17:16). In the Gospel of Matthew it is a Canaanite woman (Matt 15:22), a social and religious outsider, who calls out to Jesus as Son of David for mercy. Similarly, Jesus tells his listeners that the tax collector, who prays, ‘God, be merciful to me, a sinner!’ went home justified (Luke 18:13-14). Thus Jesus personalises his mercy. It’s never generalised but clearly demonstrated in his daily encounters with specific individuals and groups across society.

Two words in particular are used in the New Testament to denote mercy or compassion: eleos (mercy) and forms of the verb oiktiro (to be sympathetic). These words describe the compassion of God, as well as the compassion Christians should have for one another. Thus Jesus says ‘Be merciful, just as your Father is merciful’ (Luke 6:36). Neither eleos nor oiktiro is ever used with reference to Jesus. The word the New Testament writers use to describe the compassion of Jesus is splanchnon. Originally it referred to the lower part of the body, especially the womb or the loins. Later it came to refer to profound feelings or emotions. Except for its use in three parables, when it is used as a verb it is only ever used of Jesus. Thus Jesus is moved with compassion (we might say ‘gutted’) at the plight of the blind men (Matt 20:34), the leper (Mark 1:41), the boy with the demon (Mark 9:22) and the harassed and helpless crowds (Matt 9:36; 14:14). Out of compassion Jesus multiplies loaves and fishes (Matt 15:32) and raises the widow’s son from the dead without her even asking (Luke 7:13).

The verb form of splanchnon is used in the well-known parables of the Prodigal Son (Luke 15:20), the Good Samaritan (Luke 10:33) and the Unforgiving Servant (Matt 18:33). In the first parable God is characterised as compassionate. The second parable provides a model of how Christians should treat one another while the third parable refers to both God and Christians. The Samaritan ‘sees’ and is ‘moved with compassion’ in the same way as Jesus ‘sees’ and is ‘moved with compassion’ for the widow of Nain (Luke 7:13). It’s an overwhelming, gut-wrenching, passionate emotion that comes right from the very depths of his being. Compassion (splanchnon) then is a divine quality that, when present in human beings such as the Samaritan, the hated enemy enables them to feel deeply the suffering of another and, furthermore, to do something about it. It never remains just at the feeling level – there is always action. However, as Veronica Lawson rsm [biblical scholar] points out, ‘The present ecological crisis calls us to new ways of being neighbour…’ (The Blessing of Mercy, p 72).

The word most often used in the New Testament for compassion or mercy is eleos indicating emotion aroused at the undeserved suffering of others. When this word refers to God it signifies steadfast love or covenantal fidelity. For example, Mary in her Magnificat praises God whose ‘mercy is for those who fear him from generation to generation’ (Luke 1:50, 54). Similarly Zechariah’s Benedictus praises God who ‘has shown the mercy promised to our ancestors, and has remembered his holy covenant’ (Luke 1:72). Later in this canticle God’s mercy is described as ‘tender’ (1:78). The Church uses these two beautiful hymns in its evening and morning prayer respectively. Ronald Witherup describes them as bookends of mercy consecrating each day in remembrance of God’s merciful actions. Eleos is also used to describe God’s attitude to sinners and implies new life or rebirth (for example Eph 2:4; Titus 3:5). The author of the First Letter to Peter puts it this way:

‘Blessed be the God and Father of our Lord Jesus Christ! By his great mercy he has given us a new birth into a living hope through the resurrection of Jesus Christ from
the dead,’ (1 Pet 1:3).

Those who were sick begged Jesus for eleos. The early Christians included the word in some of their formulas for greeting and blessing (Gal 6:16; 1 Tim 1:2; 2 Tim 1:2).

In Luke’s three memorable parables of a lost sheep, coin and son (15:1-32), Jesus shows us a God with a ‘lost and found’ department. With reference to these parables, the New Zealand bishops remind us in their pastoral letter ‘Be Merciful’ [December 2015] that indeed nothing in creation is to be excluded from God’s mercy: animal, mineral, or human.

Mercy is not a private matter. We need to tell others about the mercy we have experienced. After freeing the demoniac Jesus entrusts him with a mission: ‘Go home to your friends, and tell them how much the Lord has done for you, and what mercy he has shown you’ (Mark 5:19). The Lectionary will remind us ‘the Lord is compassionate and merciful’ (James 5:11).

Jesus’ command, ‘Be merciful, just as your Father is merciful’ (Luke 6:36) is basic to an understanding of the spiritual and corporal works of mercy. Likewise the beatitude ‘Blessed are the merciful, for they will receive mercy’ (Matt 5:7) clearly connects the receiving of mercy with being merciful to others. Jesus wants works of mercy rather than piety (Matt 9:13; 12:7). We see this most clearly in the parable of the Sheep and Goats (Matt 25:21-46).

Paul’s letters provide us with a wonderful portrait of a man utterly and passionately convinced of God’s mercy in his own life. This mercy came through the death and resurrection of Jesus Christ. From the moment of his call described like a First Testament’s prophet’s call in Galatians (1:15-16), Paul is alive with God’s mercy. He describes how God’s mercy sustains him and his co-workers in their ministry (2 Cor 4:1), how inclusive God’s mercy is (Rom 10:12), and how we must be ambassadors/agents of God’s mercy (2 Cor 5:18-19). He urges us to do works of mercy with cheerfulness (Rom 12:8). He explains to Timothy that because he has received God’s mercy for his past persecution of Christians he can be an example for others (1 Tim 1:13-16). If he can receive mercy for his former deeds then anyone can. Paul acknowledges that it is God’s mercy that saves us, not something that we do (Titus 3:5).

Finally, Paul’s understanding of God’s gift of mercy and our responsibility to be merciful is beautifully captured here:

‘Blessed be the God and Father of our Lord Jesus Christ, the Father of mercies and the God of all consolation, who consoles us in all our affliction, so that we may be able to console those who are in any affliction with the consolation with which we ourselves are consoled by God’ (2 Cor 1:3-4).

As we have seen then, God’s mercy is writ large through the whole Bible. Indeed it is the beating heart of the Bible. As the psalmist prays:

may that be our prayer too. And may ‘Mercy, the principal path marked out by Jesus Christ for those who desire to follow Him… excite’ (Catherine McAuley), that is: inspire you, call forth mercy in you as you respond to the needs of ‘the lost, the last and the least’ (Justin Duckworth, Anglican Bishop) here in Wellington.

Let the beat go on!