Many wage earners in this country need all the extra benefits on offer to meet their family’s needs, according to a Newtown budget adviser. 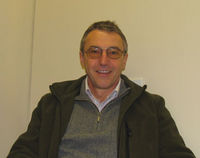 And Jeff Drane SM says bus drivers and cleaners in Wellington are among the lowest paid and an unexpected event such as a death in the family or even just someone coming to stay can throw the household finances into crisis.

Bus drivers earn barely above the minimum adult wage which rose to $11.25 an hour before tax at the beginning of April this year.

Fr Jeff works in the Newtown Budget and Advocacy Service and says up to 80 percent of his clients would be, like the bus drivers and cleaners, struggling to make ends meet on a low household income.

How workers are counted

The government’s Household Labour Force Survey puts the labour force participation rate at 68 percent, the second highest since the survey began. The quarterly survey to March 2007 showed a rise in employment of 1.2 percent over the quarter. This is the highest increase recorded since the survey began. The unemployment rate has been steady on 3.8 percent or 84,000 for the past three years.

However, unemployment rates for Māori were the highest at 8.6 percent against 7.2 percent for Pacific peoples and 2.9 percent for Europeans over the three months to March.

What these figures do not say is that ‘unemployed’ is defined as ‘actively seeking work’, that is, ‘not just looking in the newspapers’. Those not actively seeking work are termed ‘jobless’ and are counted separately. Also, to be counted as employed, a person must work for only one hour a week.

When these definitions are taken into account, the picture of a casual, low-paid workforce sharpens.

Jeff Drane gives as an example a Samoan busdriver with four or five children whose outgoings with rent are so great that the family needs to draw down on Working for Families.

‘You can get benefit assistance, temporary additional support, TAS, which is a new supplementary benefit replacing the special benefit. If you’re a wage earner you can get those on top of your wage. So you need to draw down on all of those to cover your costs.’

Jeff Drane says after accommodation costs—mortgage, rates, house insurance or board or rent—essential costs include energy (power and gas), telephone and communications because the children can’t do their homework without the computer or internet, food and housekeeping, clothing and shoes, and transport.

After these there are variable costs such as medical, school, and longer-term items like unexpected events over which people have no control. But the family budget is often so finely tuned that any alteration or crisis can throw it into arrears.

‘When Working For Families first came in on 1 October 2005 it became obvious fairly quickly that it was aimed at the middle class—heads of departments in schools, people running their own business, fairly high income-earning people but with high mortgage repayments and, with the usual family expenses, they were left with very little, in fact they were often in deficit once all the bills had been paid.’

But this newest benefit hasn’t alleviated the difficulties for those in lower socio-economic areas. This group is not really growing but their needs are not being met either.

On the positive side, Jeff Drane says the centre-left government has been important for the measures it has taken to resocialise the country. The original settlers’ aim for New Zealand was to create a welfare state—a utopian society. The liberals in the 1890s gave women the vote and instituted a welfare state. The Education Act 1877 introduced free primary schooling.

‘We forget this history because of the reintroduction of economic rationalism—Rogernomics—in the 1980s.’

In the past decade we have seen a return to that egalitarian notion—rail in every country in the world is a good example of the degree of government involvement, socialisation or privatisation. Recently the government has moved to bring rail back under state control.

Programmes like the softening of the Inland Revenue approach—it became a ‘socially devastating situation’ where a number of New Zealanders were committing suicide over the ‘unilateral, very threatening’ letters they were receiving from Inland Revenue.

After some media attention to this situation the government started to realise that the policy had gone too far. It was under the Clark government that Inland Revenue employed a specialist who has ‘done a fantastic job’ making the policy much more user-friendly and reasonable.

‘Instead of using a tough, economic rationalism approach, the IRD is now more inclined to negotiate repayments.’

In Health—the primary health organisations, [PHOs] are a classic example of targetting the people who don’t have the resources; the vote for education also shows government attempts to introduce a modern version of welfare especially with the latest scheme to give families 20 hours of free early childhood education per week. Some 64 percent of eligible children were enrolled within the first week of the policy taking effect at the start of the current semester and 72 percent of providers had opted into the scheme.

And where the elderly are concerned, New Zealand is one of the last countries in the world where age beneficiaries are not income-tested.

Where the provision of social welfare does fall down is in the actual delivery of benefits. Under former Work and Income New Zealand chief executive, Christine Rankin, a culture of suspicion developed towards beneficiaries. Front-line staff were paid a bonus if they saved money, that is, did not tell clients about their entitlements.

This situation has barely improved since Christine Rankin left six years ago. ‘The staff are not very well educated or the turnover is very high because it is not a happy place to work,’ Jeff Drane said.

There are systems in place now to review a decision ‘but the advocacy groups are becoming more skilled rather than the WINZ staff becoming better educated,’ said Jeff Drane.