Two new lay appointments have been made as the archdiocese continues to break new ground in its administration and pastoral care. A third lay pastoral leader and a senior chaplain have been appointed as well-qualified people move into formal leadership positions in the archdiocese.

On 11 May, Karen Holland was appointed the lay pastoral leader in the Wellington South Pastoral Area. Karen will have prime responsibility for the parish of Newtown. She will work in the pastoral team with Father Geoff Broad who will remain the parish priest of Island Bay, but have the canonical responsibility for Newtown, and Father Patrick Bridgman who will be the Priest in Sacramental Ministry. This appointment follows that of Cushla Quigan and Barbara Rowley, both in the Hutt Valley pastoral area.

Karen will take up her position in July with the departure of Fr Gerard Burns who leaves on a sabbatical. 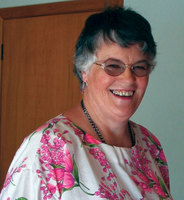 Meanwhile, Kilian de Lacy began her appointment as the Senior Catholic Prison Chaplain for the NZ Catholic Bishops’ Conference on 26 April. Kilian will be based in Wellington, but will travel around the country where she will work with all Catholic chaplains in the country’s prisons. This position became vacant with the retirement of Br Kieran Garvey.