Among the 2018 New Year honours recipients recognised for significant community contributions are well-known writer and children’s author Joy Cowley and Fr Barry Scannell sm for his role in saving Wellington’s much loved inner-city church, St Mary of the Angels. 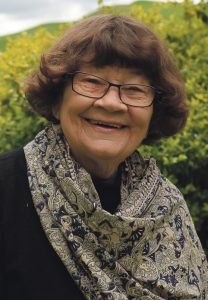 Joy Cowley has joined the select group of Members of the Order of New Zealand (ONZ). The ONZ is New Zealand’s top honour with its membership limited to 20 living people at any time.

‘People have said some lovely things about the honour, says Joy Cowley. ‘I’ve had over 500 emails and cards and letters from so many people, including the whole Christian village, which reflects the retreat work I do as well as writing children’s stories, and that has given me a lovely warm feeling.

‘There have been two sides to my life for many years. One is my spiritual writing and workshops and the other is children’s stories. People don’t often make the connection but for me the two go together,’ she says.

‘What was very good is that this award, the ONZ, only belongs to this country and no-one else. And it has no title to go with it. I’m not anti-title or anti-royalty but I work with children so I can’t have a barrier or any titles that would get in the way.

‘As I walk past the children who live nearby, they lean over the fence and yell “Gidday Joy!” If I had a title it would be like a fence around me.

‘The other magical thing is I’ve had several interviews by TV, radio and magazines. All who came to do the interviews were young and under 50. They each told me they had grown up with my stories and spoke of their favourite characters. That was so special. And I loved it when the NZ Herald called me the country’s grandmother!’

‘On a TV interview, my book of spiritual reflections flashed up on screen. So people were also talking about spiritual things – an awareness of an ‘otherness’ in their lives.

‘I see this country as a sacred land and for me, my faith is my source of everything. At 81 I’ve had a commitment to Jesus for as long as I can remember. From being a small child and throughout my journey that’s been the most important thing in my life.

‘In fact, I still say the prayer I said as a three-year old – Suffer Little Children.’ 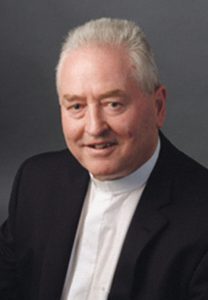 Fr Scannell recognised for saving St Mary of the Angels

Fr Barry Scannell, parish priest at St Mary of the Angels, has been appointed as a member of the New Zealand Order of Merit for services to the community and heritage preservation.

‘I certainly consider it an honour for the many generous donors and skill of our contractors. While I might get the award, I see it as far bigger than me. It’s also a wonderful story about St Mary of the Angels Church,’ says Fr Scannell.

‘I had to make the very difficult decision to close the church after it was severely impacted by the 2013 Seddon earthquake. Brian McGuiness, who led the re-strengthening contract team, was in the church when the 6.5 quake struck and he knew how hard the structure of the church was working. It is such a beautiful building so of course we just had to save it,’ Fr Scannell said.

With a group of parishioners, he formed plan to raise $10m needed to strengthen the church.

The Category A listed historic building was first opened in 1922.

‘When you are in the middle of something like this you have no idea how it will all work. But I’ve learned how strong the love is by so many people for St Mary of the Angels. That hit me by so many extra locals and holiday makers who came here over Christmas.’

Fr Scannell has been recently appointed parish priest of the Catholic Parish of Napier, where he will be moving in April this year.