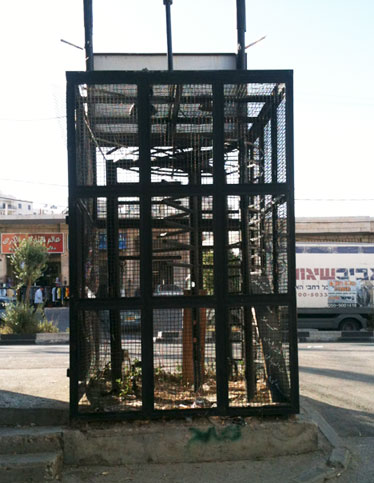 Amid the terror of regular ‘visits’ from Israeli soldiers, the residents of Deheisheh refugee camp south of Bethlehem see hope in their dance troupe and in the way young people embrace learning by getting together to study and discuss.

Deheisheh is one of 59 Palestinian refugee camps in the West Bank, Gaza Strip, Jordan, Lebanon and Syria. Set up after more than 750,000 Palestinians were displaced by the establishment of the State of Israel in 1948, it has more than 13,000 residents today and occupies 1.5 square kilometres.

A resilient and active community, Deheisheh has a long history of struggle. Until the Israeli army’s withdrawal in 1995, the camp was surrounded by a high barbed-wire fence that sealed all but one of the 14 camp entrances. The army controlled this single entrance with a revolving gate. The Social Youth Activity Centre, the primary youth organisation in the camp, was closed by military order from 1981 to 1993. Soldiers and violent confrontations filled the alleys, killing dozens of residents, while hundreds were injured, imprisoned and disabled for life. During the years of the Oslo peace process, the negotiation framework largely ignored the plight of refugees, bringing a continued sense of stagnation and desperation to the community.

Since the start of the Intifada in September 2000, the Palestinian struggle to end 37 years of Israeli occupation was met with unprecedented levels of military violence. Using US-manufactured helicopters and tanks, the Israeli military shelled Palestinian communities, destroying homes and killing hundreds of people. In Deheisheh, soldiers have opened fire on children, blocked families in their homes for days with little access to food or water, and denied emergency medical care to the sick and injured.

Deheisheh’s Ibdaa dance troupe has grown from a drive to tell the story of Palestinian life under occupation. Those hardest hit by today’s deepening poverty and military violence are the children who make up more than half of Deheisheh’s population. Severe human rights abuses, political instability and violence have deprived Palestinian refugee children of the basic pleasures of childhood.

Comprising 18 boys and girls aged 15 to 18, Ibdaa has performed dances in more than 10 European and Middle Eastern countries since 1994. The dance pieces tell the history, struggles and aspirations of Palestinian refugees.

Education is highly prized in the camp. A favourite saying – they can take my home, my land, my family, my health but they can’t take my education – is often quoted.

In 2012 a two-year study programme was formed, in Deheisheh, Campus in Camps, where students in the camp meet to discuss what it means to be a refugee.

Participants meet nearly every day to develop and discuss their work. The first year is based on education, with guest lecturers and public forums and many conversations on the nature of the Palestinian refugee camp.

The second year is largely based on implementation of the ideas developed by the participants. ‘We always link our work with the community. … Every Saturday is a public lecture where the community comes to discuss and sometimes we travel around and have workshops with the community,’ said participant Isshaq Albarbary.