Fr Paul said mining companies break existing tribal structures, using bribes to set up their own tribal leaders who will agree to mining. And while the Department of Environment and Natural Resources is responsible to protect the environment, it is also responsible to facilitate mining. 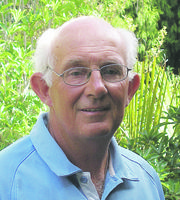 He said once mining companies got the minerals they wanted, they would disappear. “The indigenous people would have to evacuate and become ecological or environmental evacuees because their land could no longer support farming and water would be gone.”

Opposition to mining is multi-faceted.

Videos of mining experiences in other parts of the country are shown to local communities. Local people are taken to visit areas that have been mined, to learn first-hand of the effects on water systems, crops, fishing and children’s health.

A major development followed a 2006 visit by the British MP Clare Short on a fact-finding mission.

‘She came twice to Midsalip,’ said Fr Paul. ‘She said to me, “What can I do to be of help to you in this area?”

‘I replied, “I want to do a spacial mapping of the area and if you can help that would be a great contribution”.’

The authors acknowledged the courage of Catholic “bishops, priests, sisters and pastoral workers” in opposing the destruction caused by mining.

He didn’t want to talk about any personal threat – ‘A lot of people are more vulnerable than I am’ – but acknowledged he continually changed the time he went out on his motorbike.

‘Definitely the people who oppose mining have been under threat and have suffered consequences. Some of the tribal leaders have been killed.’

As for his own attitude to mining, Fr Paul said: ‘If you would say I am anti-mining, I would say I am anti-mining in key resource areas because a lot of the areas of biodiversity and mountain ranges are key to the food chain. My personal opinion is that I don’t think mining is the way forward in the Philippines. If we were mining there would be a certain amount of dollars that would be coming in, but in the long term economically it is a bad decision.’

He also spoke highly of Pope Benedict XVI’s World Day of Peace message issued on January 1, 2010, with the heading: ‘If you want to cultivate peace, protect creation’.

‘I was happy to see his strong stance in terms of our responsibility in our moral and ethical position in terms of future generations. They have a right to the resources,’ he said.

‘He also mentions the emphasis on creation as being God’s gift to all peoples and through the gifts we have a sense of God’s care and God’s love for us through that creation.