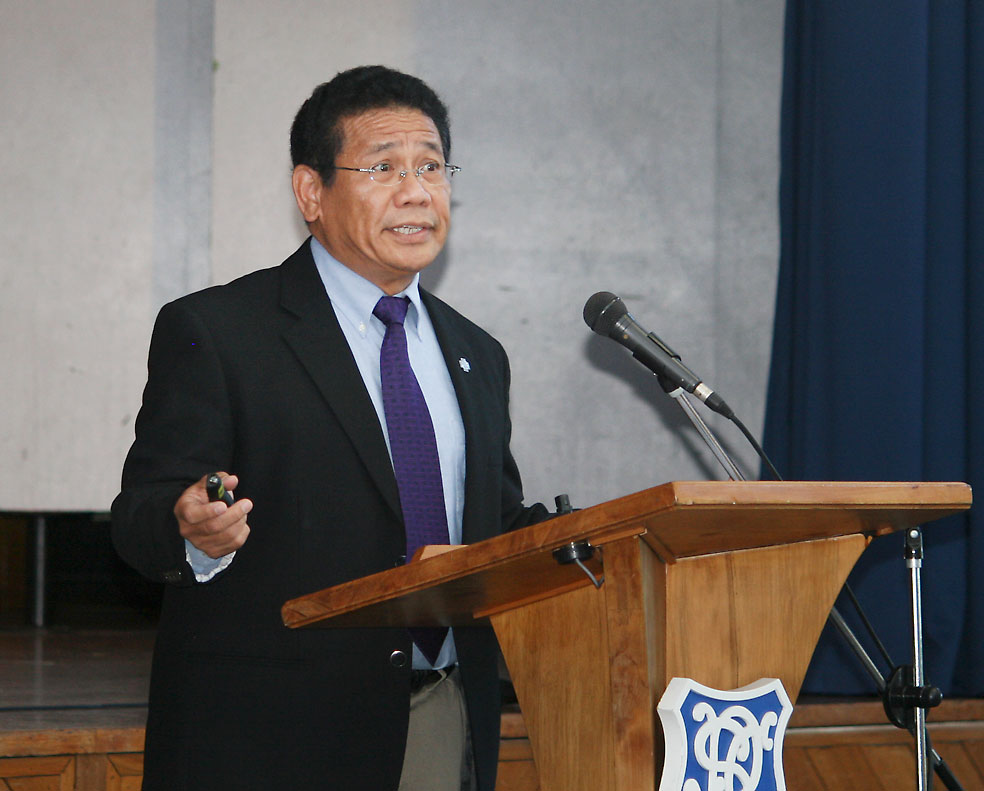 Fr Bernard briefly outlined the history of the contentious first draft of Dei Verbum (Dogmatic Constitution on Divine Revelation – the Word of God).

The initial document entitled the Two Sources of Revelation, was introduced to the council fathers on 14 November 1962.

But without sufficient votes to have it rejected outright, it needed the personal intervention of Pope John XXIII to have it removed from the council.

It foundered on the realisation that there is only one source and that is God who speaks through scripture and tradition.

Three years later, the document we now have finally came to light and was overwhelmingly accepted on 18 November 1965. Of the 2,350 council fathers only six voted against it.

To this endorsement we may well say that wisdom won through: ‘God is good, all the time!’

The ideal expressed in Dei Verbum was ‘hearing the word of God with reverence and proclaiming it with faith.’

The application of the historical-critical method, indispensable as it is, was also an area of initial concern, but the positive outcome has been a new attitude toward scripture and the growing strength of the biblical movement.

After outlining the chapters of Dei Verbum, Fr Bernard quoted a significant response from the then Fr Joseph Ratzinger (later Pope Benedict XVI) on the synthesis obtained in the document: ‘the text binds together loyalty to Church tradition with the yes to critical science, and thereby once again opens the way for faith into the world of today.

It does not surrender the substance of Trent or Vatican I, but it does not mummify the past either, because it knows that fidelity in spiritual matters can only be realized through ongoing vital appropriation’. (The Dogmatic Constitution on Divine Revelation: A Commentary, 1967, translated by Leonard Maluf and appearing on www.deiverbum2005.org)

Dei Verbum expresses a broad concept of tradition: ‘The Church, in her teaching, life and worship, perpetuates and hands on to all generations all that she herself is, all that she believes.’ (#8)

In its final draft, the document makes its own the concerns of the biblical movement and promotes a prayerful familiarity of all the faithful with all of scripture.

The faithful is to have easy access to all scripture (DV #22).

As St Jerome has written: ‘Ignorance of the scriptures is ignorance of Christ.’