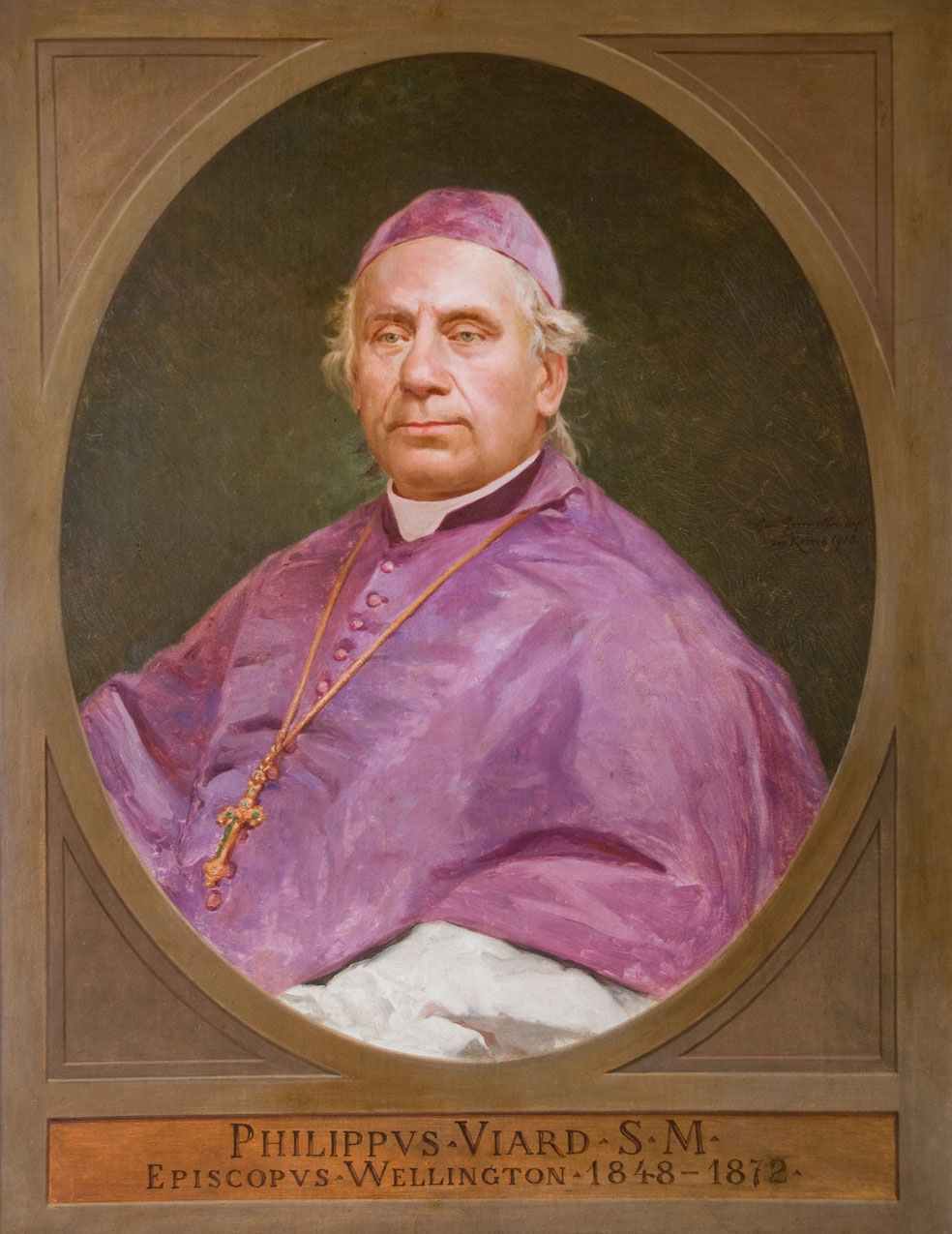 Lyon, France, 1809: Philippe Joseph Viard, the man wwas to become the first Bishop of Wellington, was born into the chaos of post-revolutionary France.

Lyon was also the birthplace of the Society of Mary which Viard joined as a diocesan priest to fulfill his desire to leave for the missions of Oceania.

In 1839 he was appointed to the Bay of Islands and was probably there when the Treaty of Waitangi was signed in 1840, although there is no formal record. He then served in the Tauranga area, frequently on the road (and sea) visiting Māori communities, and learning te reo as he went.

A pastoral visit to the South Island with Bishop Pompallier in 1841 took him to Akaroa where they heard the shocking news of Fr Pierre Chanel’s death on the island of Futuna. Viard and Pompallier immediately went to retrieve his remains which were buried in Kororareka (Russell).

Bishop Pompallier returned to New Zealand, but Viard continued as a missionary on Wallis, then part of New Caledonia, until he was ordained bishop coadjutor to Bishop Pompallier.

In 1848 New Zealand was divided in two with Viard appointed to the Wellington diocese which extended from Taupo south to include the South Island.

Wellington was then a garrison town with a small, dynamic Catholic community under the lay leadership of Dr John Patrick Fitzgerald and Sir Charles Clifford.

During Viard’s 23 years as Bishop of Wellington, the energies and structures of today’s Church became visible: a commitment to Catholic education, a vibrant pastoral and social ministry, engagement with the government on social and educational questions.

His vast correspondence covers the usual humdrum of administration about finance and fundraising, annual parish returns and registration of marriage celebrants, land purchases and land troubles, as well as the incessant pleas for personnel and funds.

He kept in contact with his priests scattered throughout the diocese, as well as politicians, business people, and families in need.

But there is also an insight into the spirituality that sustained his life.

His pastoral charity extended far beyond his diocese: praying for peace and an end to war in Russia, along with a special collection for the relief of widows and orphans (in an 1854 lenten pastoral letter), an appeal for the missions in China, and a collection of ‘Peter’s pence’ for the formation of indigenous clergy in mission territories.

Ironically, in all his 23 years, he never ordained a single priest for his diocese.

In June 1868, he returned to Europe for the first time in 30 years, for his ad limina visit to Rome, a brief visit to family and Marists in Lyon, and to take part in the First Vatican Council. He returned to Wellington in 1871.

The diocese had been significantly reduced by the creation of the Diocese of Dunedin two years earlier.

There would have been the usual round of pastoral visitations catching up on people and events after his three years away. 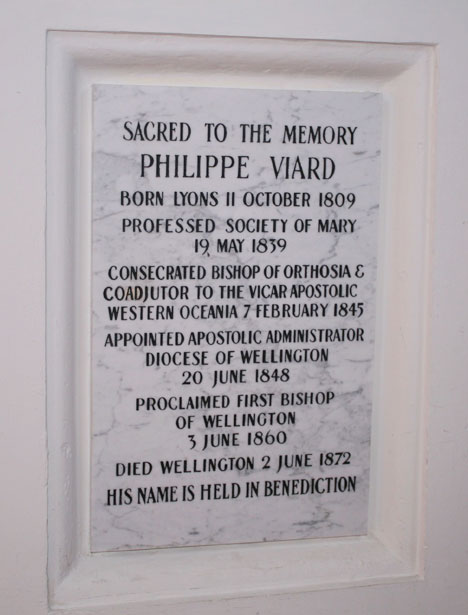 Viard was clearly unwell and he died the following year of heart disease. The death certificate is stark: his name, religion, occupation and address at time of death.

He is a Melchisidek figure, with no mention of his origins, parents, place of birth, marital status or date of arrival in New Zealand. Bishop Philippe Viard, was, above all, ‘a shepherd after the heart of God’ (Jeremiah 3:15).

The Archdiocese of Wellington has been blessed with this founding personality.

This article is based on a Catholic Foundation lecture given by Sr Catherine on 8 October, 2009. You can download it here: ViardLectureSrCatherineJones (191kb).