WelCom December 2017: The Stockley Cup and Dunsheath Plate are the premier public speaking competitions for high school students in the Wellington region. Held annually, the Wellington Speaking Union’s competition brings together the best public speakers and orators from dozens of schools to speak on ideas such as racism, feminism, the relationship between parents and their children, and religion. Young Catholic students have excelled in both competitions regularly as winners or being placed.

Hosted this year at St Catherine’s College, the Senior (Stockley Cup) and Junior (Dunsheath Plate) Oratory competitions were held on October 24 and 31 respectively.

In 2016, talented young Ohariu parishioner Kiya Basabas, who attends Newlands College, won the Stockley Cup. This year, she made history by winning the competition for the second year in a row. You can listen to her speech on YouTube (youtube.com/watch?v=bT1NsXZ32H0).

Year 10 student Lucas Boennic, representing St Patrick’s College Wellington in the junior section, won the prestigious Dunsheath Plate for his speech about his and his family’s experience of the 2011 Canterbury earthquake. Lucas’ first-place win was well deserved for his outstanding crafting and delivery. St Patrick’s College has won the Dunsheath Plate for Junior Oratory for four out of the last five years. Past winners have included Antonio de Gregorio 2016, Harry Bartle 2014, Finn Lowndes 2013. Lucas can be pleased to have continued this legacy.

Lynley Reid is a teacher at St Pat’s Town and is Lucas’ coach. 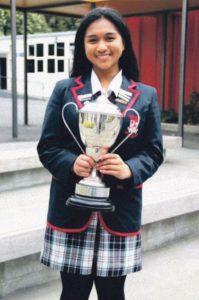 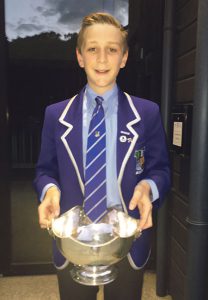