“Seek to do more, know more and have more in order to be more” (PP #6). These inspiring words from Populorum Progressio set the tone for a celebration of the papal encyclical’s 40th birthday last month organised by the archdiocesan JPD. 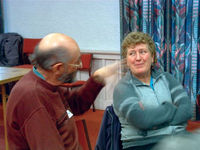 Some 30 people braved severe Wellington elements on 30 June to celebrate this landmark document. The group reflected on the international social climate in the context of which the encyclical was published, had some insights into Populorum Progressio, made some social comparisons in development between the 1960s and now, and finally considered the question, what can we do in 2007 to further the aims of this encyclical? The day’s proceedings were interspersed by ‘60s songs.

Love is all you need

Populorum Progressio was published in 1967, the era of ‘All You Need is Love’, ‘We shall Overcome’ and ‘Blowing in the Wind’, of ‘flower power’ and youth culture; of increased student activism and of growing international protest against the war in Vietnam; of the Pill and Humane Vitae; of growing affluence in Europe and North America; and when people started to recognise that poverty affects mainly women and children.

On a positive note the ink was scarcely dry on Vatican II documents—Gaudium et Spes (The Church in the Modern World) especially whose prophetic opening lines spoke of deep desires and filled people with hope. 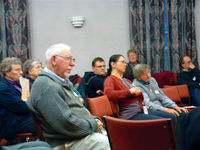 How amazing that the church was called to be part of and to serve the world! There was the excitement of possible involvement of the non-ordained in liturgy, and of course the celebration of Eucharist in the vernacular. There was a rise in human consciousness and a cry for peace and justice in the world not only for people but for the earth itself. This too was the era that gave birth to the conservation movement internationally, and locally in the Manapouri dam issue.

The chief presenters for the celebratory seminar in Wellington were Fr Gerard Burns, formerly Newtown Parish, and Tara D’Sousa, Caritas Aotearoa. These two speakers were ably and aptly linked by the song ‘Poverty’ written and sung by teenager Kaisa Beech.

Fr Gerard said Populorum Progressio was written after visits to impoverished lands, eg Africa and Latin America. Pope Paul VI was challenging the dominant idea of development in the 1960s as the growth of the economy. He questioned whether all have the same opportunity in this unfolding economic growth. If not—why not?

Some of the points from the encyclical that Fr Gerard highlighted: 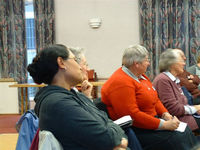 The vision of the encyclical is concerted, organised action against the inhuman conditions (material and moral destitution, oppression, exploitation of workers);

the end of social ills of every kind; more knowledge; more culture; respect for the dignity of others; the spirit of poverty; cooperation for the common good; the will for peace. (nn. 12-21).

In Populorum Progressio Paul VI takes up the theme of the opening sentence of Gaudium et Spes.

The progressive development of people is an object of deep interest and concern to the church. This is particularly true in the case of these people who are trying to escape the ravages of hunger, poverty, endemic disease and ignorance; of those who are seeking a larger share in the benefits of civilisation and a more active improvement of their human qualities; of those who are consciously striving for fuller growth PP#1

The Pope points out that growth can occur only in community and through solidarity.

Each person has a responsibility for the community. ‘Each person is a member of society, hence that person belongs to the community of people. It is not just certain individuals but all people who are called to further the development of the human society as a whole’ PP #17

The Pope speaks of the cry of the peoples for freedom from hunger, misery and ignorance. Paul VI visualises a more human world with universal access to education.

Lack of education is as serious as lack of food; the illiterate is a starved spirit.

The encyclical outlines some of the problems facing those impoverished by unfair trade relations, conflicts that have taken on global dimensions, the scandal of inequality, the rich/poor divide, the breakdown of traditional societal values, material and moral destitution, oppression, and exploitation of workers. What is needed is concerted, organised action against these inhuman conditions.

Continuing development calls for bold innovations that will work profound changes … everyone must lend a ready hand to this task, particularly those who can do most by reason of their education, their office or their authority PP #32.

In speaking of the responsibilities of the international community towards the poor the Pope speaks of our threefold obligation of:

mutual solidarity—the aid that the richer nations must give to poorer nations;

universal charity—the effort to build a more humane world community, where all can give and receive, and where the progress of some is not bought at the expense of others…’ PP #44

The Millennium Development Goals and the Pacific Free Trade Agreement were briefly looked at in relation to the principles of Populorum Progressio, and the hope these offered to those made poor.

This challenging section of the seminar ended with the quote from St Ambrose:

If people are rich and do give help to those who stand in need, they only give the poor what was already theirs. The earth was made for all, not just for the rich (n.23)

Tara D’Sousa then gave an overview of developments in the world since Populorum Progressio was written.

Looking at 2007 she shared some sad statistics showing that half the world’s population, nearly three billion people, live on less than two dollars a day. The developing world spends $13 in debt repayment for every dollar it receives in aid.

The slice of the cake taken by one percent is the same handed to the poorest 57 percent. Although enough food is produced globally, one in seven people is chronically hungry and someone dies of hunger every three seconds—75 percent children.

Tara quoted UN secretary-general Kofi Annan who says these ‘statistics fail to capture the humiliation, powerlessness and brutal hardship that is the daily lot of the world’s poor.’

Reflecting on her personal experiences, Tara also had hope in the communities in corners of Asia who continue to keep the faith.

‘In Nepal I have been privileged to see small groups of farmers engaged in field trials of organic, sustainable rice and vegetable cultivation.’

Tara said they battled the effects of climate change, with land lost to landslides in the hills or floods in the plains. But with inter-cropping, measured planting, pest management and the judicious application of organic fertilisers and pesticides, they hope to reverse soil degradation and increase food security.

The groups have become networked across districts and nationally.

‘There is a strong cultural flavour to the gatherings—poems and songs are composed about their farming methods and they perform these while sowing or harvesting.’

Tara D’Sousa sees the key issues for justice, peace and development in the world today as:

To recognise and deal with the potential risk of a persistent ‘colonial’ view of the world—the top-down approach—the disregard of traditional knowledge, of second-guessing the problem and the solution.

To note that issue-based campaigns are just that. They do not necessarily translate into structural change. We must continue the work of structural analysis that provides the big picture.

There is a need to engage with partners and work at the grassroots. Unless our understanding is well grounded, we have no mandate to act and no integrity with which to speak. An example of this is West Papua.

At the end of the seminar the challenge for participants lay in drawing up some possibilities for action. A group brainstorm came up with the following suggested actions:

Link with like-minded people both here and overseas.

Establish an active link with the new church movement in Latin America which recently reaffirmed a ‘preferential option for the poor’.

Develop training programmes on structural analysis—focus on sectors subject to social deprivation and the holders of power.

Structural analysis of the archdiocese and its organisation (parish, welfare, etc)

Hold a hui for those interested in social justice at parish level.

World Youth Day—Look to social justice issues around it, eg parishes hosting youth; using opportunities as they present themselves is often as important as setting up something new.

Each of us can play a part no matter how small or inconsequential it may seem. The founder of the Catholic Worker movement in the US, Dorothy Day, says

What we would like to do is change the world ­to make it a little simpler for people to feed, clothe, and shelter themselves as God intended for them to do. And we can change the world. We can throw our pebble in the pond and be confident that its ever widening circle will reach around the world.

The seminar ended by singing some of the well known songs from the era in which the encyclical was written. Participants all agreed that this was a day well spent.