Archbishop John Dew has announced a review of the way the archdiocese is structured which could result in the number of parishes being reduced. A consultation document, A Future Full of Hope, is currently being studied throughout the archdiocese over the next four months.

Archbishop John has worked with a focus group he appointed two years ago in drawing up this document.

Together they have come up with a series of proposals which will now be given to parishes and pastoral areas for a broad-based consultation.

The archbishop will make a final decision on the number of parishes only after this consultation.

Archbishop John presents A Future Full of Hope (Jer 29:11) to parish and education leaders in the North Island on 4 May and in the South Island on 11 May, highlighting the Stewardship principle that together we are CO-REsponsible for the life and mission of the church.

The document is based on the conviction that ‘Christ shapes the future in us and for us’, that the purpose of structural change in the archdiocese is to promote the evangelising mission of the Church.

All pastoral initiatives are inspired by and grounded in scripture, prayer and the call to holiness.

Currently there are 46 parishes in the archdiocese plus a personal parish for Māori, Te Ngakau Tapu.

These are grouped into 12 pastoral areas spanning Central New Zealand from a line between Levin and Masterton in the north to a southern boundary marked by Kaikoura and Westport (see map). 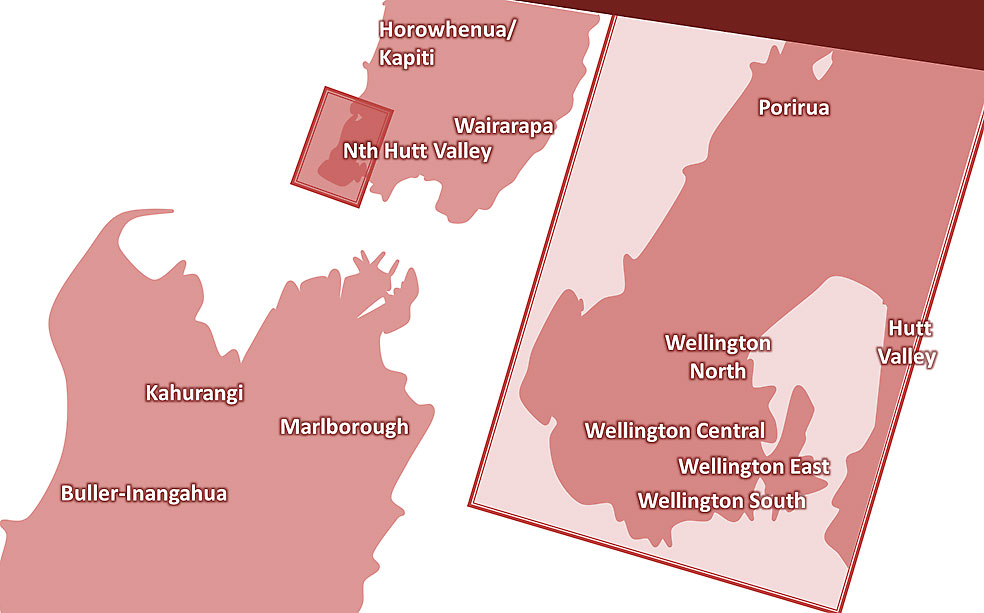 Of the more than 83,000 Catholics living in the archdiocese (2006 census), annual statistics show that some 16,000 attend Mass on any given Sunday.

With the number of priests reaching retirement age of 75, and no seminarians for the archdiocese, Archbishop John is challenged to find ways to ensure that the Eucharist can continue to be offered throughout the diocese.

Seven parishes are staffed by religious communities and one other by a priest on loan from the Society of Mary.

Archbishop John stressed that, while deeply grateful for the work of priests in religious communities as well as those from overseas, ‘we do not presume an increase’ in the numbers of priests from these groups.

The archdiocese has six parishes with lay pastoral leaders, the first taking up her appointment in 2006.

The lay leadership formation programme, Launch Out, has been in existence since 2002 and now has 16 graduates with 13 currently in formation.

Lay pastoral leaders with parish priests will continue to play an important part in the leadership of the archdiocese into the future.