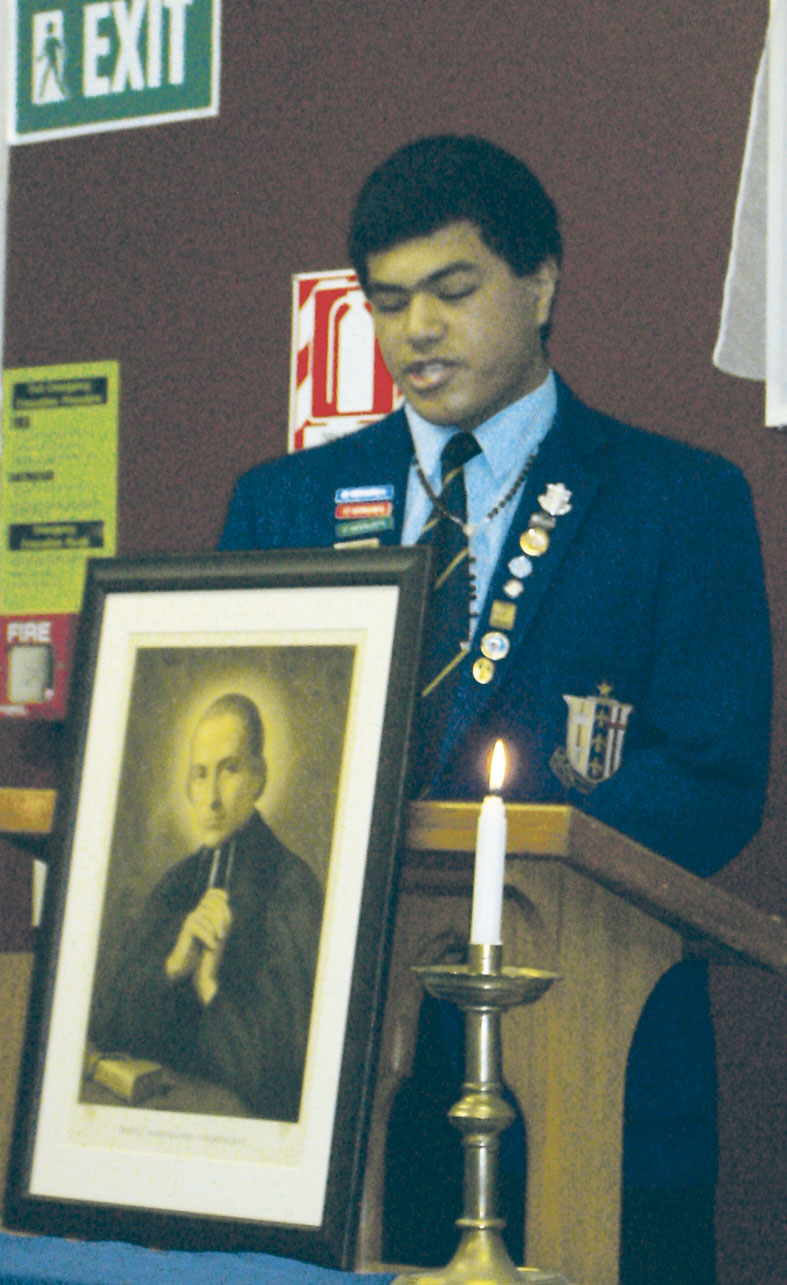 Earlier this year, a forum was organised for the senior leaders from 11 Marist Brothers-tradition colleges. Students were encouraged to foster the charism of St Marcellin Champagnat, founder of the Marist Brothers, in their respective colleges.

Arama Pou, a Year 13 Special Character Leader at St Bernard’s College, Lower Hutt, was keen to do something to continue their enthusiastic response.

Desiring to build on this sense of identity and belonging among these colleges and those in the Pacific, Arama proposed the celebration of a Holy Hour on 6 June, the feast of St. Marcellin.

To this end, he created a PowerPoint presentation based on the five pillars of the Marist Brothers’ spirituality: Simplicity, Presence, Family Spirit, Love of Work and In the Manner of Mary in their day to day lives. People were led to reflect on how they could live out these pillars.

The Holy Hour was held in the chapel from 7.30am–8.30am. Staff, students, Marist Brothers and Lay Champagnat Marists attended. A surprise attendee was Archbishop John Dew, an old boy of the Marist Brothers, who had heard of Arama’s initiative the day before. His presence was a great encouragement to the gathering, especially Arama.

The idea of having so many schools in the South Pacific uniting in prayer would probably have exceeded the wildest dreams of Marcellin Champagnat when he farewelled Bishop Pompallier and the early Marists in 1837.