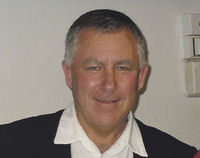 It’s hard to believe that we are now into the second month of the year 2012 – more than 11 years since we celebrated the beginning of the Third Christian Millennium, the year 2000.  As was said many times as we prepared for December 31, 1999 – this was not just a date in a calendar, it was the Year of the Great Jubilee, a time for those of us who live the Christian faith to ponder on and give thanks for the 2000 years of redemption. In the lead up to the Great Jubilee in 1997 we had a year devoted to reflection on Christ; 1998 was dedicated to the Holy Spirit and his sanctifying presence within the Community of Christ’s disciples and 1999 was aimed at broadening the horizons of believers so that they would see things from the perspective of Christ and the Father in heaven.

Did these events and initiatives, prayer and reflection make much difference to how we lived as disciples of Jesus? Of course they made a difference – our faith was renewed, we thought a little more deeply and prayed more intensely, we came to a renewed appreciation of scripture, and many archdiocesan parishes had their histories written. In 1998 we were also asked to try to ‘come to a renewed appreciation of baptism as the basis of Christian living’. (Tertio Millennio Adveniente 41)

Last October Pope Benedict wrote Porta Fidei (The “door of faith”). In that letter he announced a Year of Faith; starting in October to coincide with the 50th anniversary of the opening of the Second Vatican Council and the 20th anniversary of the publication of the Catechism of the Catholic Church. The year ends in November 2013.

We can use this opportunity to grow in faith and to enable others to come to know the gospel through us.

In the New Zealand Bishops’ recent ad limina visit to Rome, Pope Benedict told us that he proclaimed the Year of Faith ‘to give fresh impetus to the mission of the Church to lead human beings out of the wilderness in which they find themselves’.

If it is true that people often live in a wilderness, we have the privilege of helping them to discover that Jesus came to us so that ‘we might have life and have it to the full’ (John 10:10) and that there is such a thing as eternal life – ‘God so loved the world that he gave his only Son, so that everyone believes in him may not be lost, but may have eternal life” (John 3: 16).

If we continue in a renewed appreciation of our baptism, a deeper understanding of the scriptures, if we continue to study and know that the Church is fully committed to the vision of the Second Vatican Council and if we see that the Catechism of the Catholic Church was published for all so that we could see the power and beauty of the faith, this year of faith will be one of many blessings.

The Holy Father’s letter announcing the Year of Faith began with the following words: The ‘door of faith’ (Acts 14:27) is always open for us, ushering us into the life of communion with God and offering entry into his Church. It is possible to cross that threshold when the word of God is proclaimed and the heart allows itself to be shaped by transforming grace. To enter through that door is to set out on a journey that lasts a lifetime. It begins with baptism……..