WelCom July 2017: Dr Rebecca Miller, Programme Manager for People Smuggling and Trafficking in Persons, Immigration New Zealand, spoke at a recent evening meeting with members of ANZRATH in Wellington. She described the extent of labour exploitation in New Zealand and the intimidation and coercion that often accompany this. 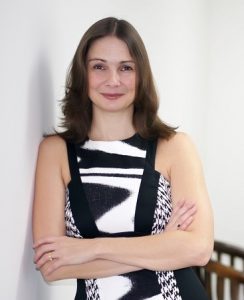 ANZRATH is a group of Religious and friends who work against human trafficking and exploitation.

Dr Miller said immigration will be a significant issue in our coming General Election, and advised groups like ANZRATH, that getting the word out in New Zealand is a significant role. Many people still think trafficking and exploitation don’t happen in our country. ‘Don’t underestimate the power of educating ourselves and building awareness more widely in New Zealand,’ Dr Millar said.

ANZRATH will host a public meeting about anti-trafficking and exploitation in Aotearoa New Zealand on Monday 25 September, 7.30pm, at the Anglican Church Annex, corner of Main Rd and Lyndhurst St, Tawa, with guest speakers Dr Rebecca Miller and Peter Devoy from Immigration NZ. We encourage you to come to this meeting.