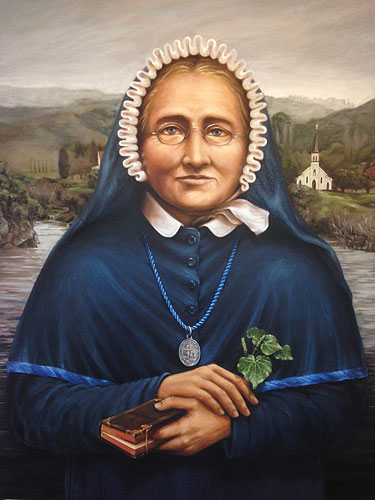 An iconic painting of a youthful Suzanne Aubert was unveiled last month at a gathering of more than 80 Bishops of Oceania at the Home of Compassion in Island Bay, Wellington.

It is the first time such a large number of Catholic Bishops from Australia, the countries of the Pacific, Papua New Guinea, the Solomons and New Zealand has assembled in Wellington. The Assembly is a unique time of prayer, fellowship, reflection and discussion on topics of concern throughout the region.

Suzanne Aubert was the founder of the Sisters of Compassion and a pioneer of New Zealand’s health and welfare systems. Her tireless compassion and practical brand of Christianity made a huge impact on New Zealand society and her funeral in 1926 was the largest ever accorded a woman in the country’s history. The High Court and Parliament adjourned for the funeral.

Suzanne Aubert’s canonisation is currently under consideration in Rome. If the cause is successful, she will be New Zealand’s first saint.
‘This painting is a wonderful depiction of the youthful Suzanne Aubert as she would have been at the height of her ministry,’ says congregational leader Sr Margaret Anne Mills.

‘Many of the photos we have of her are of an older sister. This painting captures the warmth and energy which were hallmarks of her extraordinarily productive and selfless life. It also places her in the setting of Jerusalem on the Whanganui River where her work with Māori flourished and her care for infants and young children began.’

The promoter of her canonisation cause, Dr Maurice Carmody, gave the large gathering of bishops – the Assembly of the Federation of Catholic Bishops Conferences of Oceania – an overview of Suzanne Aubert’s life and significance.

She was a woman who ‘dedicated her whole life to the spiritual and temporal welfare of the Māori people she served in Auckland, Hawke’s Bay, at Jerusalem on the Whanganui River, Wellington and wherever else she met them. Her care for infants, young children, their mothers and families, and her practical concern for the incurably sick and unemployed was legendary.

‘She responded without reserve to the major social problems caused by economic downturns and depression in New Zealand from the 1860s until the early twentieth century.’ 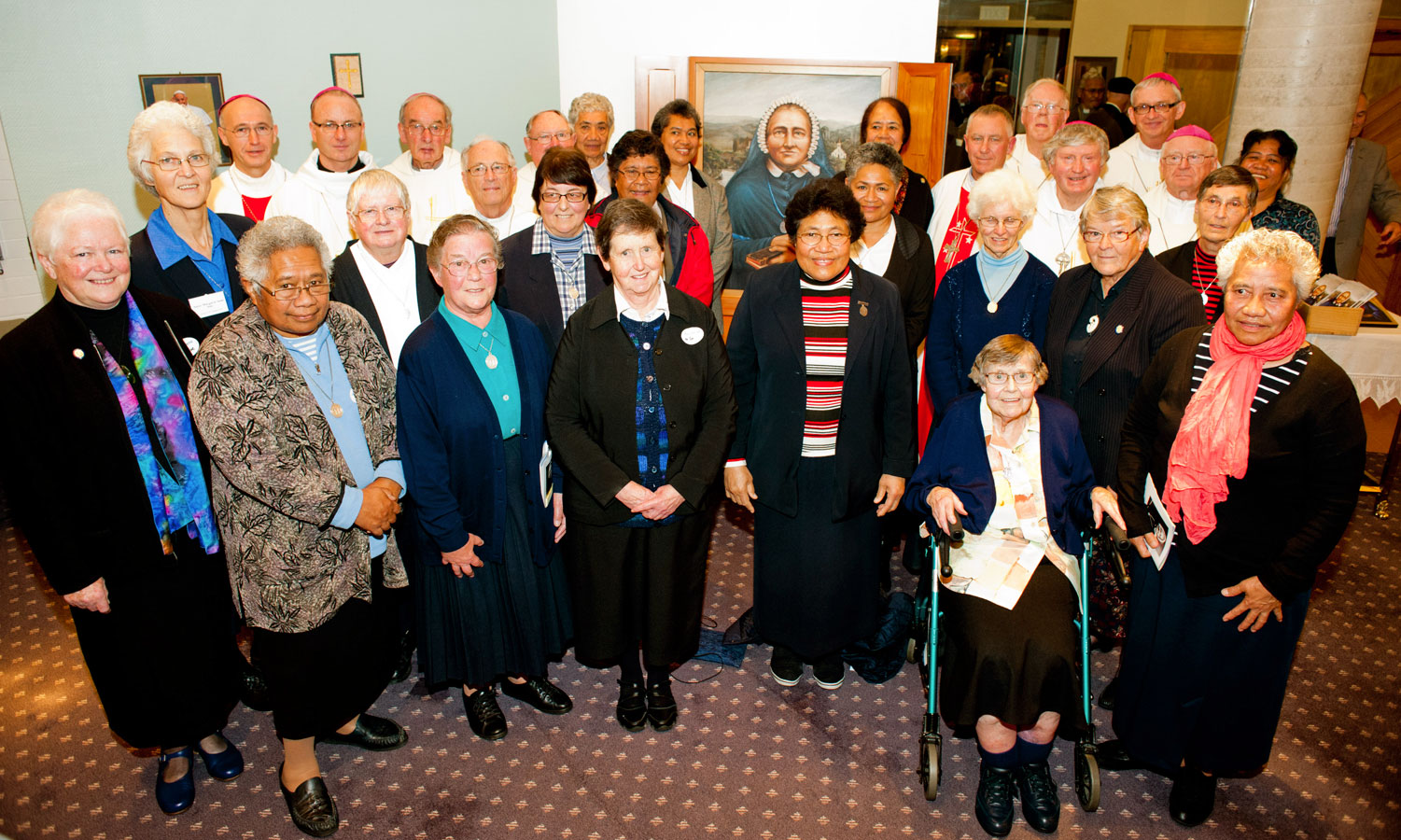 The journey to sainthood

There has long been enthusiasm for Suzanne Aubert’s canonisation but it was only last year that the case for her canonisation was formally presented to the Congregation for the Cause of Saints in Rome, Dr Carmody said.

‘Earlier this year a group of six church historians meeting in Rome examined and approved the case for the cause. The case will now be passed onto a similar committee of theologians who will vote on it.

‘If the vote is positive, the way will be open for Suzanne Aubert to be declared “venerable”, the first step to sainthood.

‘Subsequent diocesan enquiries into any possible miracles and their approval by the authorities in Rome will then pave the way for Suzanne Aubert’s beatification.’

The painting unveiled at the Bishops’ Assembly was created by The Auckland-based Studio of St John the Baptist, which specialises in sacred art and iconography.