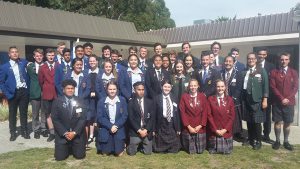 Through formal input and informal sharing and physical activities, the students experienced a deeper understanding of their own school’s spirit, and how that spirit is shared by the other schools. This year’s theme was servant leadership. The students looked at how this is expressed in a Marist way. They also learned about Marist Brothers’ founder, St Marcellin Champagnat, as well as Marist pillars and how to share these new understandings back in their own schools. 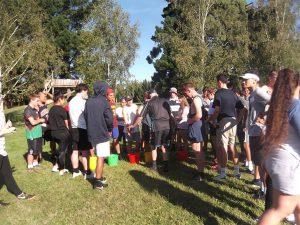 The students were given some challenges to complete this year. And they have been encouraged to make links with their brothers and sisters who attend Marist Brothers schools in the Pacific Islands. Chanel College is looking to include prayer and outreach this year by raising money from their senior ball for the mission in Kiribati. They will also be inviting Year 13 students from their nearby Marist Brothers secondary schools of St Bernard’s College, Lower Hutt, and St Peter’s College, Palmerston North, for a fun day and Mass on St Marcellin Champagnat’s feast day on 6 June.