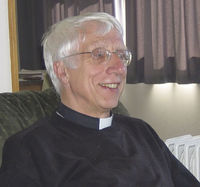 There is a form of misinformation that masquerades as ‘general knowledge’. Many, for instance, still take it for granted that Christianity, especially the Catholic Church, has always impeded science. The example usually given is Galileo (1564–1642) who was condemned at Rome in 1633 for upholding Copernicus’ (1473–1543) theory that the earth revolves around the sun. Galileo and Copernicus form part of the ‘scientific revolution’ of the 17th century which is often hailed as the triumph of reason over blind religious faith, as the victory of rationalism over rigid dogmatism.
A seriously inconvenient fact spoiling this fantasy is that Galileo and Copernicus were men of deep religious faith, as were other scientific ‘greats’ of the century, such as Kepler (1571–1630) and Newton (1642–1727). They pursued science as part of their religious faith, believing that in studying creation they were honouring and learning about the Creator.

Another piece of wrongheaded ‘general knowledge’ is mockery of the Middle Ages, a period of history from roughly the 9th to the 14th century. ‘Mediaeval’ is often used casually to signify ignorance and barbarism. In reality, the medieval period saw intense activity in art, philosophy and science. It produced the universities of which there were about 70 in Europe by the end of the period. Although sponsored by the church, they enjoyed an independence of church and state which modern universities might well envy.
Far from being ‘controlled’ they were consulted by popes and bishops. In their courses they placed great emphasis on mathematics, astronomy and ‘natural philosophy’, their term for physics.

Galileo and Copernicus were products of this intellectual tradition. The universities had earlier accepted the views of Aristotle (384 BCE–322 CE) and Ptolemy (c CE 90–c 168) that the immovable earth was the centre of the universe, with the sun and planets circling around the earth. However, 14th century scientists at the universities of Oxford and Paris queried these classical views and prepared the way for Copernicus. Jean Buridan (1300–58), a French priest, and Nicole Oresme (1320–1325), later bishop of Lisieux, argued that the rotation of the earth was a plausible hypothesis.

By the 17th century the Catholic Church was spending more on astronomy in particular and science in general than any other institution. Leonardo da Vinci conducted scientific experiments on solar heating in the Vatican under the patronage of Pope Leo X from 1514–16. In 1582 Pope Gregory XIII reformed the defective Julian calendar with the help of the Jesuit astronomer Christopher Clavius. The Gregorian calendar is now almost universally used. Pope Clement VII listened with great interest to lectures on Copernicus’ theory in 1533. In 1536 the cardinal-archbishop of Capua wrote to Copernicus expressing rapturous admiration both for Copernicus and his sun-centred theory. ‘I entreat you, most learned sir … to communicate this discovery of yours to scholars …’ Copernicus published his theory in 1543 in a book dedicated to Pope Paul III who was impressed. Like any scholarly publication, it provoked admiration and criticism, but no scandal.

So, what went wrong when Pope Urban VIII (1623–1644) condemned Galileo and the Copernican theory in 1633? With the incomplete knowledge at the time, there were good scientific arguments against the view that the earth revolved round the sun. It was no symptom of bigotry to disbelieve it. Copernicus gave no observational or mathematical proof that could be tested.
Copernicus, and Galileo after him, wrongly insisted that the planets revolved in perfect circles, which caused mathematical and observational problems deplored by Tycho Brahe (1546–1601), another great scientist who judged Copernicus’ numerical data to be inaccurate. Brahe’s theory, based on closer observation than Copernicus and Galileo carried out, was that all the planets revolved around the sun, while the sun itself revolved around the earth.
Kepler plausibly theorised that the planets moved in elliptical, not circular, orbits. Galileo was dismissive. When Galileo cited tidal movements as proof that the earth rotated, Kepler rightly replied that tides were caused by the moon, and were not proof that the earth rotated. Galileo’s response was to accuse Kepler of writing ‘useless fiction’. This rudeness gives a clue to Galileo’s problems with authority.

It is debateable whether Galileo’s woes arose primarily from the church or from his brother scientists. He was quarrelsome and dogmatic, as we saw in his dealings with Kepler. Pope Urban was intemperate but no bigot. A long-time friend and admirer of Galileo, he had lavished favours upon him, including a pension to Galileo’s son.

In 1632 Urban invited Galileo to compose a dialogue comparing Copernicus’ new theory with Ptolemy’s traditional scheme. The pope asked Galileo to put the Copernican alternative as a theory, not as an established fact. Galileo complied, but in such as way as to be gratuitously offensive to the pope. As some have observed, it was ironic that the pope wanted scientific proof while Galileo demanded uncritical faith in his own genius. There ensued a clash of egos to the credit of neither man.

Sadly for both, the Catholic Church, in its reaction to the Protestant Reformation, had adopted a literal interpretation of scripture that would have pained the mediaeval theologians. Bishop Oresme in the 14th century had rejected such passages as psalm 119, verse 90 (‘thou hast established the earth, and it stands fast.’) as evidence for a stationary earth. Now Galileo’s opponents were ready to use it for that purpose. Galileo was not tortured or imprisoned. He was confined to his comfortable house in Florence. Before moving there, still supported by many church dignitaries, he spent six months with his friend the archbishop of Siena.

To put this dismal episode into perspective, we should examine another popular misconception: ‘impartially collects evidence in search of truth, unhampered by prejudice, dogma or fear’.
In reality, science has shown a remarkable ability to suppress its own revolutions. At the end of the 18th century, despite the reports of many observers, the French Academy of Sciences mocked the theory that meteorites fell from outer space. Museums throughout Europe threw out their meteorite specimens lest they be thought unenlightened. A prominent member of the same Academy, Georges Cuvier (1769-1832), rejected experiments proving that bats somehow orientate themselves by hearing. Cuvier, who had conducted no experiments himself, decided that bats use organs of touch. Further research into bats and ultrasound was delayed for over a century.

Geologists were extraordinarily hostile to Alfred Wegener (1880 – 1930) who, in the 1920s, presented the theory that our present continents had once formed a single mass which split into pieces over millions of years and have been moving away from one another ever since. One difficulty was that, despite lots of evidence, Wegener couldn’t explain the mechanism by which the continents shifted. Only after his death in relative and despised obscurity was his theory accepted.
Such obscurantism is nothing compared to the apparent attempts of the medical profession to prevent healing. Ignaz Semmelweiss (1818 – 65), who worked in the General Hospital at Vienna, observed that the survival rate of patients was much higher when doctors washed their hands before examining them. Although the statistics were clear, he could not produce a scientific theory to explain the connection between hand-washing and patient survival. He was mocked, dismissed from his post, and ended his days in a lunatic asylum. His theory was finally vindicated by Louis Pasteur’s (1822 – 95) work on germ theory.

Edward Jenner (1749 – 1823), a country doctor, was ridiculed by the London medical profession when he proposed a vaccination against smallpox.
In the early 1980s, Australians Drs Barry Marshall (b 1951) and Robin Warren (b 1937) found that peptic ulcers were not caused by stomach acid but by a bacterium, H pylori. The medical establishment in Australia and overseas questioned Dr Marshall’s sanity and honesty, dismissing him for many years as a quack. After all, everybody knew, and had been taught in medical school, that bacteria can’t survive in stomach acid! Only slowly, and reluctantly, was their theory accepted as established fact.

If these modern blunders were seriously presented as proof that the scientific and medical establishments are fundamentally opposed to science and healing, people would rightly protest that isolated cases should not be reckoned typical of the whole system. The same logic should therefore be applied to Galileo’s case. Apologists for the shocking treatment of Barry Marshall justify it by talk of ‘a proper degree of scepticism’ until the H pylori hypothesis could be ‘proved’.

This, of course, was the original attitude of Pope Urban towards Galileo. A clever use of word-play fudges the issue. Secularists hold the church scandalously guilty of ‘superstition’, ‘dogma’ or ‘blind faith’. Science regrettably ‘makes mistakes’ or ‘clings too readily’ to a ‘theory’, and, of course, displays ‘proper scepticism.’ It would seem from this survey that scientists have had more opposition from their colleagues than from the church!