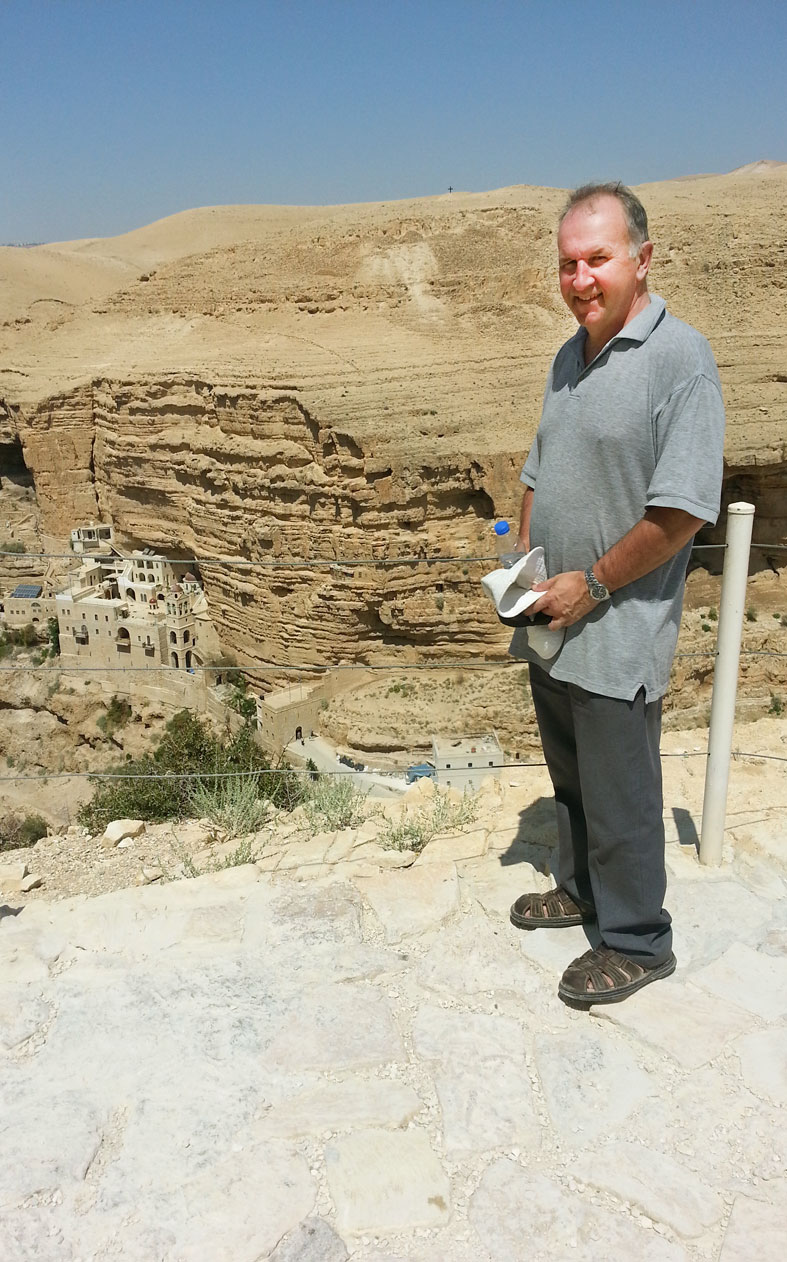 During his recent visit to Jordan, Palestine and Israel, Pope Francis stopped at two walls. One was the ‘separation’ wall Israel is building on Palestinian territory.

The other was the Western (Wailing) wall of the temple mount in the Old City of Jerusalem.

The separation wall, sometimes called the ‘apartheid wall’, is being built mostly on the Palestinian side of what is called the Green Line. That line was the ceasefire line at the time of the 1948/49 war.

If there is any internationally recognised border between Israel and the Palestinian territories it is the Green Line.

However, as the wall snakes through the Holy Land, it ensures most of the best land and water sources are on the Israeli side of the wall.

Often, Palestinian farmers are separated from their lands by the wall. In one case the proposed line of the wall will separate a convent from its attached school buildings.

Palestinians see the wall as a further land grab along with the continual building of Israeli towns on Palestinian land in the West Bank.

It is feared the wall rather than the Green Line will become the official frontier when the borders of any ‘two-state’ solution are fixed.

The Israeli government claims the wall is for security purposes and has markedly reduced terrorist attacks in Israel over the last 10 years.

However, this reduction may also be because of tactical and ethical decisions on the part of the groups that carried them out.

On the Friday before the papal visit, I visited the wall with other Christians who gather there each week to pray. 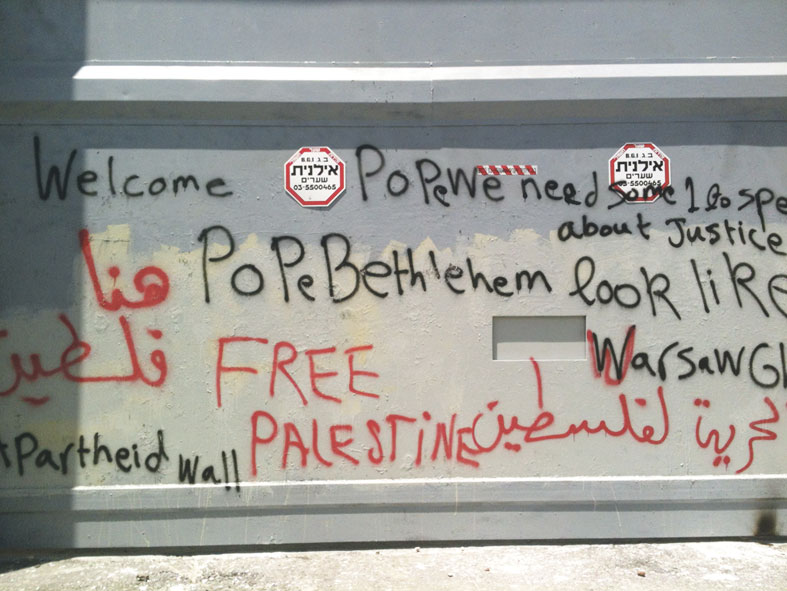 About 25 of us walked up and down in the shadow of the wall to pray the rosary for a just and lasting peace in the Holy Land and for an end to such walls.

The Palestinians have tried to transform their side of the wall into both a place for slogans of hope, an art gallery – including an icon of a weeping Virgin Mary – and a place of stories and memories printed on cardboard plaques about the effects of the wall on families and individuals.

His embrace of the friends accompanying him on the trip – one a rabbi, the other an imam – is an indication of the possibilities of the Abrahamic faiths helping find ways to resolve conflicts in the Middle East.

Pope Francis went on from the separation wall to celebrate Mass in Manger Square. His homily, at the place of Jesus’ birth, spoke about the dangers facing children in the Holy Land, in surrounding countries, and around the world.

He acknowledged the work being carried on in Bethlehem by the Christian community on behalf of children and young people: the Caritas baby hospital, the school for the deaf and other schools, and Bethlehem University.

In difficult circumstances there is an effort to offer hope and a future to an encircled population.