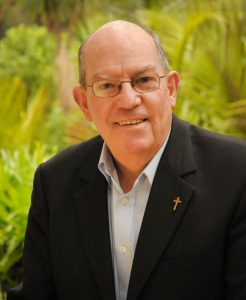 An opportunity came my way last week to participate in an international conference in Melbourne on the theology, time and personality of Martin Luther. Next year marks 500 years since the beginning of the Reformation and Martin Luther is credited with influencing the process that split Western Christendom, setting Christians against one another in bitter and bigoted battles that are still not entirely over.

Why did I go to the conference, and what did I hope to achieve?

Well, apart from updating myself by hearing contemporary scholars outline the thinking of Martin Luther, I was keen to meet and talk with Lutheran clergy from different parts of the world and understand better their place in the Christian family. For that is what we have grown to be over these past 500 years – a diverse and widely extended family; divided over many issues but united by faith in Jesus Christ. And that is what we must emphasise and build on today, when Christians are in fact the most persecuted group in the world.

Christians have come through these last five centuries very protective of their own denomination. Martin Luther’s call for reform in the Church found a ready echo is many places and the 16th century gave birth to new understandings of the ‘one, holy, catholic and apostolic church’. Each group fiercely defended its position. Lutherans, Calvinists, Methodists, Presbyterians – the major ‘protesting’ groups – were joined by the Anglo-Catholics in opposition to the Roman-Catholics.

Hotheads on all sides made dialogue virtually impossible until about 50 years ago. In that time we Christians have experienced our own ‘climate change’. We’ve been ‘warming’ towards one another; and last week’s Lutheran conference was just one of thousands in recent times helping to dismantle denominational barriers and remove the blockages that stopped us from approaching one another. We don’t want to be fighting over anything; we just want the fighting to be over!

Unity, like reconciliation, begins by thinking well of the other person, not wishing them harm, and being willing to listen to their side of the story. Apply that to all your relationships – and watch the change happen.

When Jesus first sent out his apostles to preach and to heal, he told them to avoid the pagan territories and specifically not to enter any Samaritan town. He gradually expanded his understanding of what his mission entailed, to the point where, in today’s gospel reading, he uses a Samaritan as an example of a good neighbour. Jesus depicts this ‘foreigner’ doing the work of a disciple: preaching by his actions, especially his hospitality; gifting his talents and resources to hasten the healing of the abandoned victim and to ensure his continued care. 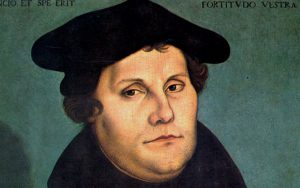 Martin Luther (1483‒1587) catalyst of the Protestant Reformation in the sixteenth century. Via Wikimedia Commons

Naming such an unpopular figure as the hero of his parable, Jesus was challenging those who thought they only needed to look after their own kind. We can apply that to our understanding of ‘Church’. We Catholics do not have a monopoly on truth. Fortunately we have broken through the barrier that said we did, and those who were not with us were not part of the Church. (There’s a story of brick wall in heaven behind which the ‘Catholics think they’re the only ones in here!’)

Prejudice finds its home in attitudes that resemble ‘no exist streets’! There’s only one opinion, mine, and I have neither need nor desire for a thoroughfare that would take me to you and your opinion. Unity, like reconciliation, begins by thinking well of the other person, not wishing them harm, and being willing to listen to their side of the story. That’s what I was doing at the Luther Conference and I’m so pleased I did. Apply that to all your relationships – and watch the change happen. Jesus’ dream that all might be one was never meant to be just a dream. I believe the time is right to make it a reality!