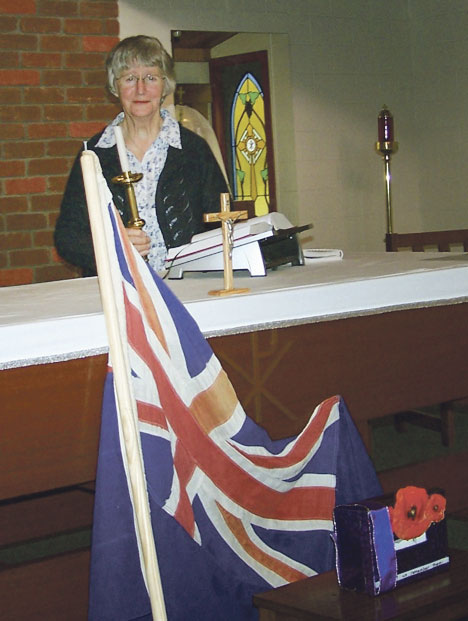 The new liturgy group at the Marton Parish St Francis Xavier which includes Bulls and Hunterville did the Anzacs from the region proud with a special service on 25 April.

All the symbols of Anzac Day were used and we even had the ‘Last Post’ at the end of the service.

During the last week of April, parishioners put the names of family members and friends who died in the war in a box which was then placed on the altar.

Many of the parishioners joined the crowds at the dawn parade in town. One parishioner Brendan Deere organised a flyover with his planes, ‘touching’ the whole of the district with the importance of Anzac Day which has been commemorated every year since 1916.

It marks the date the NZ and Australian and Army Corps soldiers landed on the beaches of Gallipoli in 1915 for that ill-fated campaign which was to cost the lives of 2,721 New Zealanders. NZ had already lost 228 in the Boer War and went on to lose a total of 16,697 in World War I and 11,874 in World War II, most of whose graves are in foreign lands.

Young Kiwis subsequently gave their lives in Malaya, Korea, Vietnam, East Timor and Afghanistan.
The parish has been blessed these last two years with Fr Don-Don, who will soon be replaced.

The time he has spent with us has been fruitful. The parish now has a new parish council, a liturgy group and finance committee, and the practice which Fr Don-Don started of praying to the Holy Spirit for children and parents after Communion each week while the congregation is singing has really touched the whole parish.