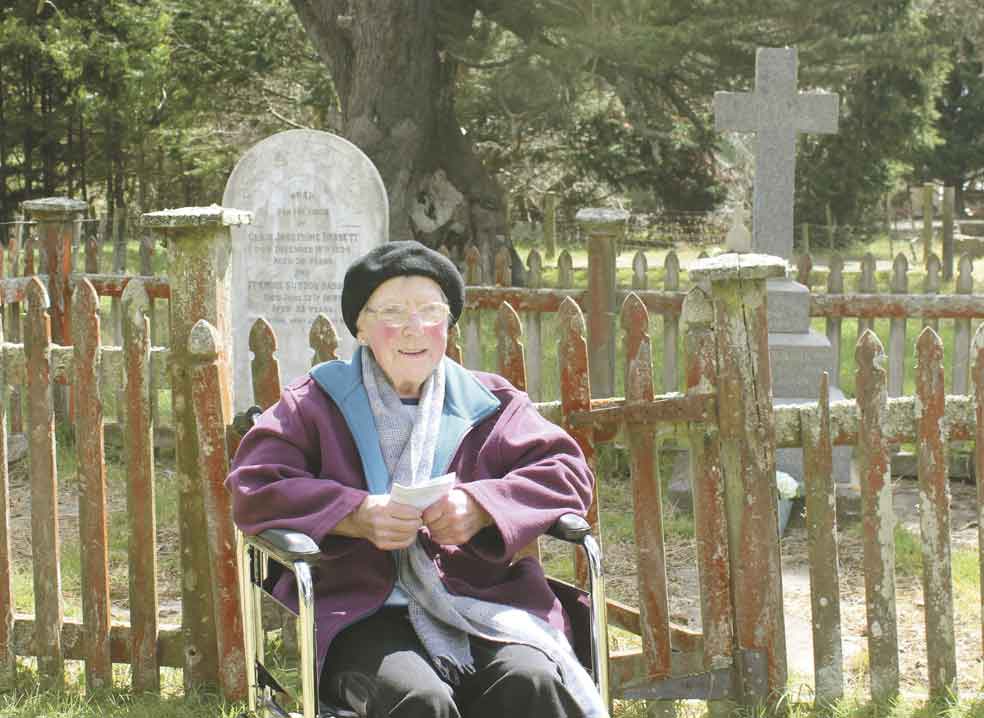 On Sunday 2 March, around 80 people from the parish of Ss Peter and Paul Johnsonville and the wider community held a blessing of graves in the historic Ohariu Valley cemetery which marks the start of the Catholic community there.

All that remains is a gate leading into a peaceful field where sheep graze and a few gravestones mark the resting place of the early Catholic community of Ohariu.

In March 1874, Fr Cummins SM and Thomas Bassett started clearing 11 acres of land along with other settlers who were clearing indigenous forest in the valley for farms and homesteads.

The church had bought the land two years earlier and its clearing constituted the beginnings of a church community in the North Wellington district.

With the death of the first bishop of Wellington, Bishop Philippe Viard, on 2 June 1872 the land became more than an ordinary country church responding to local needs – it was a memorial.

During his illness, Bishop Viard expressed the wish that his devotion to St Joseph be remembered. Consequently, the archdiocese decided to build a small chapel to St Joseph in the Ohariu Valley in Bishop Viard’s memory. Once the land was cleared, Thomas Turnbull designed the chapel which was built in early 1876.

The local community especially the Bassett family became critical to the story. Thomas and Harriet Bassett arrived on the Oliver Lang in 1856. They and their 10 children were so closely associated with the chapel, that it became known as the ‘Bassett Church’.

Times were not always good at St Joseph’s Chapel in the valley. A diphtheria outbreak in the valley in 1885 is recorded on the Haggerty headstone in the deaths of four children and their mother, Marion, between February and June 1885.

There are also many unmarked graves on the site.

Burials continued there until 1958, but the chapel’s use declined after 1920 and the building physically deteriorated during the 1930s and ‘40s. It was demolished in 1949.

The Ohariu Valley Ladies Guild hung a bell dating from 1838 on the site during the late 1990s. Its origin remains a mystery.

Everyone in the community was invited to the blessing ceremony particularly descendants of those buried there. Readings and prayers were said, a song sung and holy water sprinkled around. After the blessing, there was a welcome cup of tea in the old community hall nearby where stories of the past continued to be shared.

A descendent of the Bassett family, 90-year-old Lynn Thomas was so delighted to see her family graves cared for that she couldn’t wait to ring her family about the wonderful event.

As parishes amalgamate and boundaries change and associated anniversaries are reviewed, it is these early sites of the Catholic community that can be rediscovered, renewed and have meaning. St Joseph’s in the Ohariu Valley will be remembered as a place where priest and laity collaborated to establish a church. This action continues to be a foundation stone for the entire district.