Fr James Lyons preached this homily in the Cathedral of the Sacred Heart, Wellington, on the third Sunday of Lent, March 7, 2010, in response to the anticipated address of self-confessed atheist and writer, Richard Dawkins. 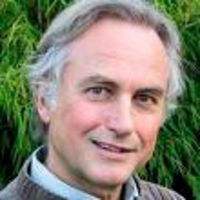 Richard Dawkins is in town this week. He’s an evolutionary biologist but he’s currently presented as a “world-celebrated atheist”. He’s here to lecture as a scientist but it’s his atheism that’s attracting most attention. He refuses to debate the issue, claiming there is nothing to debate. Why argue about something you do not believe exists? Interviewers treat him with great respect, their attitude telling us it’s quite fashionable to be a non-believer.
When you speak with someone who says they don’t believe in God, you need first of all to find out the kind of god they don’t believe in. We can make terrible assumptions about this. We’re here at Mass because each of us has a belief in God. We will stand in a few minutes and recite the Creed that defines our God as the one revealed by Jesus Christ – a Trinity of Persons to whom we give the title, Father, Son and Spirit. But how would you describe this God to a person asking about your belief? What is your picture of God?
For many non-believers, it’s the presence of evil, especially the suffering of the innocent, that is their biggest stumbling block. If God is so loving why is there so much suffering?
The recent earthquake tragedies with thousands dead, the continuing bloodshed in the Middle East, famines in Africa and persistent terrorist threats all add to the problem. Richard Dawkins leads the charge, convinced that religion is actually to blame for the world’s problems, pointing to those who kill even themselves and claim they are doing God’s will.
The difficulty I have with Richard Dawkins is that his focus is on the extreme edges of religious belief, the fundamentalist approach which regards the scriptures as literally true and is not open to the centuries of – to use Richard Dawkins’ terms – evolutionary development, through reflection, intensive research and scholarship.
The extremists, the fundamentalists, do religion a great and grave disservice. They have totally misheard and misread the message of Jesus. Today’s gospel provides an excellent illustration (Lk 13:1-9). Jesus speaks of two events known to his listeners – Pilate’s brutality in putting down a revolt and the loss of life when a tower fell on people at Siloam – to make it clear that evil behaviour and tragic accidents are not the work of God and certainly not punishment for sin.
Jesus warns of the necessity to repent – not because God is waiting to pounce on us if we don’t. Failure to repent, to take our gaze and our concerns from ourselves and direct them to the needs of others – unless we do this, we will never be free of suffering – the very thing that is used by those who want to convince us there is no God!
The most powerful cure
Thirty years ago Mother Teresa was awarded the Nobel Peace Prize. A challenge made in her acceptance speech still applies: Maybe in our own family we have somebody who is feeling lonely, who is feeling sick, who is feeling worried, and there are difficult days for everybody. Are we there to receive them?
We have power within us to ease the hurt of suffering. The cure will not come from medicine; loneliness, despair and helplessness, the most powerful servants of suffering, are cured only by love.
Moses met God in a burning bush. A bush fire in this part of the world symbolises great suffering. Yet it was from this fire that God spoke the name: I AM! and proclaimed the holiness of a presence wrapped in mystery.
Scientists like Richard Dawkins believe they exist to solve mysteries and they do solve so many. While they might claim to know where the world comes from, why it’s here and why life is here, they look at suffering and say that proves there is no God.
You and I can look at the burning bush and see God in the fire; we can look at the cross and see God in the broken body of Jesus; God, in the midst and in the mystery of suffering, calling us as Moses was called, to do what we were made to do: to love and to serve, and so to save and set free.
The question is not, why does God allow suffering but, why do you and I allow it? We hold the answer to the greatest mystery.