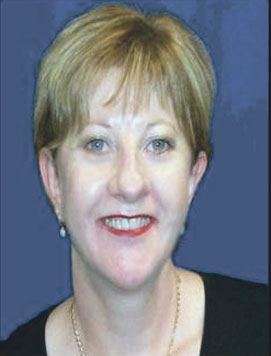 Paul’s letter to the Galatians reminds his fledgling Christian community they now belong to the body of Christ.

This means their old identities have been transformed and their old ways of being in the world have been changed forever. Through faith, the Galatians are called by the Spirit to be a ‘new people’ and through baptism they are now committed to living in a ‘new creation’. Paul clearly tells the Galatians that because they have all been ‘clothed in Christ’ the old traditional divisions of race, social position and gender – distinctions that had previously divided them from each other – are no longer valid:

The recent call by Pope Francis for a theology of women brings with it a chance to renew this baptismal commitment. This is a good step forward. As we work on this theology of women, close attention needs to be paid to how the theology is developed and articulated. In other words, a theology of women recognises women as the subjects in theology. To speak about women as objects will do little to release the spirit of equality Paul asks the Galatians to embrace.

The notion of women as theological subjects is really quite a recent phenomenon. It rests on the commitment to encourage women to begin to think and talk about their own experiences of God, life, relationships and the world. The starting point is the real historical experiences of women themselves.

This is not always an easy or straightforward task. Women’s experiences are diverse. Women live in many different contexts and cultures. This makes the development of a theology of women a challenging and complex project. However, it is evident that the silencing of women’s voices and marginalising women’s concerns has done considerable damage to the Christian tradition. Religious women bring a rich variety of skills, talents, perceptions, courage and faithfulness to the tradition. These faithful women are found in the gospel at Jesus’ birth, following Jesus in his ministry and to Gethsemane and are the ones who proclaim he is risen. They are in the early church, in the lists of martyrs, in the history of the church and in the community of saints. Christianity cannot proclaim the fullness of the biblical promise of God without them.

A theology of women will go back to our tradition unlocking original meanings and re-engaging the past. It will go forward from where we are now, opening up closed definitions and statements by re-imagining the future.

This process of re-engagement and re-imagination is not simple. It involves approaching many of our symbols, stories and relationships from new perspectives. For the health and wellbeing of the Church one of these new perspectives must be women’s perspective.

It is never easy to discern the movement of the Spirit in a wide range of new theological perspectives. However, most Christian denominations would consider a key indicator of the presence of the Spirit can be found in what Paul calls the ‘fruits of the Spirit’. These are present in communities who live in relationships that speak of God’s promise of freedom, justice and wellbeing, not only to themselves and other Christian communities but to all humanity.

In this sense, if a theology of women is able to remind Christian communities that in baptism they have indeed been ‘clothed in Christ’; if it can help these same communities break through the traditional divisions of race, social position and gender – as Paul exhorted the Galatians to do – and embrace a new reality or a ‘new creation’, then perhaps we can discern the movement of the Spirit working here to bring these communities towards embodying the relationships prefigured in the letter to the Galatians.