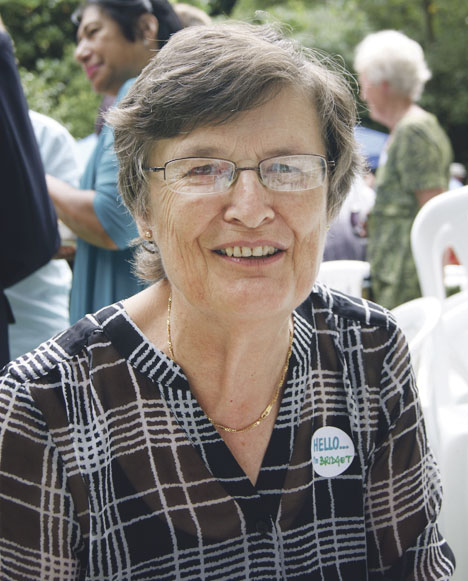 Just about everyone, it seems, loves Pope Francis – Catholic and non-Catholic alike.

To be fair there are a few curmudgeons who prophesy doom and gloom, but they don’t stand a chance. Celebrities, and a lot of ordinary folks, who previously rather sheepishly acknowledged that they were Catholic, are now claiming this designation as a badge of honour.

We feel as if somehow some of the popularity and greatness of Pope Francis will rub off on us. We are pretty smug and saying to our friends – ‘look, you thought the church was written off, but God has pulled one out of the bag and given us Pope Francis. We always knew we were fine, but now you do, too.’

All joking aside, and these are joyous jokes in the genre of Francis’ talk, what are we doing about it?

We are still revelling in the joyfulness of it all, the surprises, the promise of a better future, a hopefulness that we did not dare to dream of before. Bishops and cardinals are saying that they can breathe more easily. We are so thankful for all this, but we cannot just bask in the relief of it all. After all a year has passed since all this began.

On the night of his election, Francis said, ‘Now let’s start working together, walking together…’ instantly including us, the people of God, in his plan for the future.

Later in his apostolic letter Evangelii Gaudium he outlines specific challenges, all of which we can identify with and which have relevance for our lives and that of our parishes.

If we listen carefully to Francis he will unsettle us, challenge us, encourage us, even direct us in our daily Christian living.

Even though we are used to a hierarchical structure which previously made us somewhat passive and often pessimistic about our role, we must acknowledge that this is an opportunity for change – a change to which we can contribute. Even though we have a pastoral leader with extraordinary skills to communicate, we must respond. This is a two-way street.

Francis has said that the most important thing is changing attitudes. It is also the most difficult. He can’t do it without the commitment of each one of us.

His Twitter messages sum it up. Each one reminds us of some way to change our lives for the better – to be thankful, to praise God, to keep Jesus at the centre of our lives, to pray, to remember God’s love for us, to smile, to never be discouraged, to undertake acts of charity, to contribute to our communities, ‘to live our baptism every day as new creatures, clothed in Christ’.

Can we look into our hearts and say that we are doing it? I hope so.