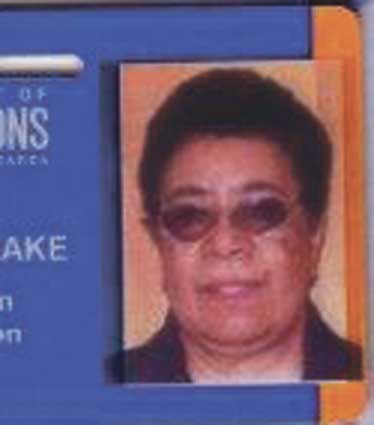 Sr Litia Vakameitangake DOLC recently retired as chaplain to Wanganui Prison. The prison holds 530 men in high-security to low-security units. Her ministry covered all the units. She worked with a team including Church volunteers.

Pastoral care to prisoners is a very fine line. She sits with the men in their cell or in her office; she listens and they listen, they cry, she cries, they laugh, she laughs.

She recalls many times that she is sitting with a murderer, or child abuser or whatever crime they have done, and it didn’t make any difference to her ministry. She respected them for who they are.

It is like peeling onions: you take off the skin and go on to the next layer until the tears start. Tears of healing and then the conversation gets deeper and deeper. She remains silent and listens, aware that it takes courage to trust others with information about oneself.

Openness can be helpful or harmful, effective or ineffective, appropriate or inappropriate depending on the person’s motives and ability to be sensitive to the situation.

Sr Litia remembers giving a retreat during Holy Week – a first for the prison.It was a beautiful outcome, the washing of the feet being the highlight. She brought herself face to face with her God by washing the feet of those prisoners, an experience she will never forget.

Looking for something that would help the prisoners to better express themselves, she chose music. She collected instruments from her parishes, obtaining money for a new drum set and set up a whole music group. The men wrote their own songs, made their first recording and sold 1000 CDs for children in hospital. It was a wonderful project and the men were happy. They had found a way to reconcile with their God.

It was very important to her to respect the person; she avoided judging and saw beyond what they had done wrong. She found herself seeing Christ in the brokenness of these people as she sat there and listened to them or prayed with them.

When these broken people felt a sense of personal acceptance they would share openly what was important to them and what could be beneficial to their growth. Of course there was a risk to share something of oneself with another but she always assured them they were safe.

She believed whether people were behind bars or not, nurturing the spiritual dimension of the person can become the primary source to make and take positive life-changing decisions to wholeness.

She coined the term ‘habilitation’ – ‘to equip and make fit for life’ – as opposed to rehabilitation, or ‘to restore to former capacity’. But what can be offered to help these men in their journey of life and stay with them was her hope and dream, as long as her river moistened her footsteps on the earth.

She reflected and ‘returned to her river for the last time’.