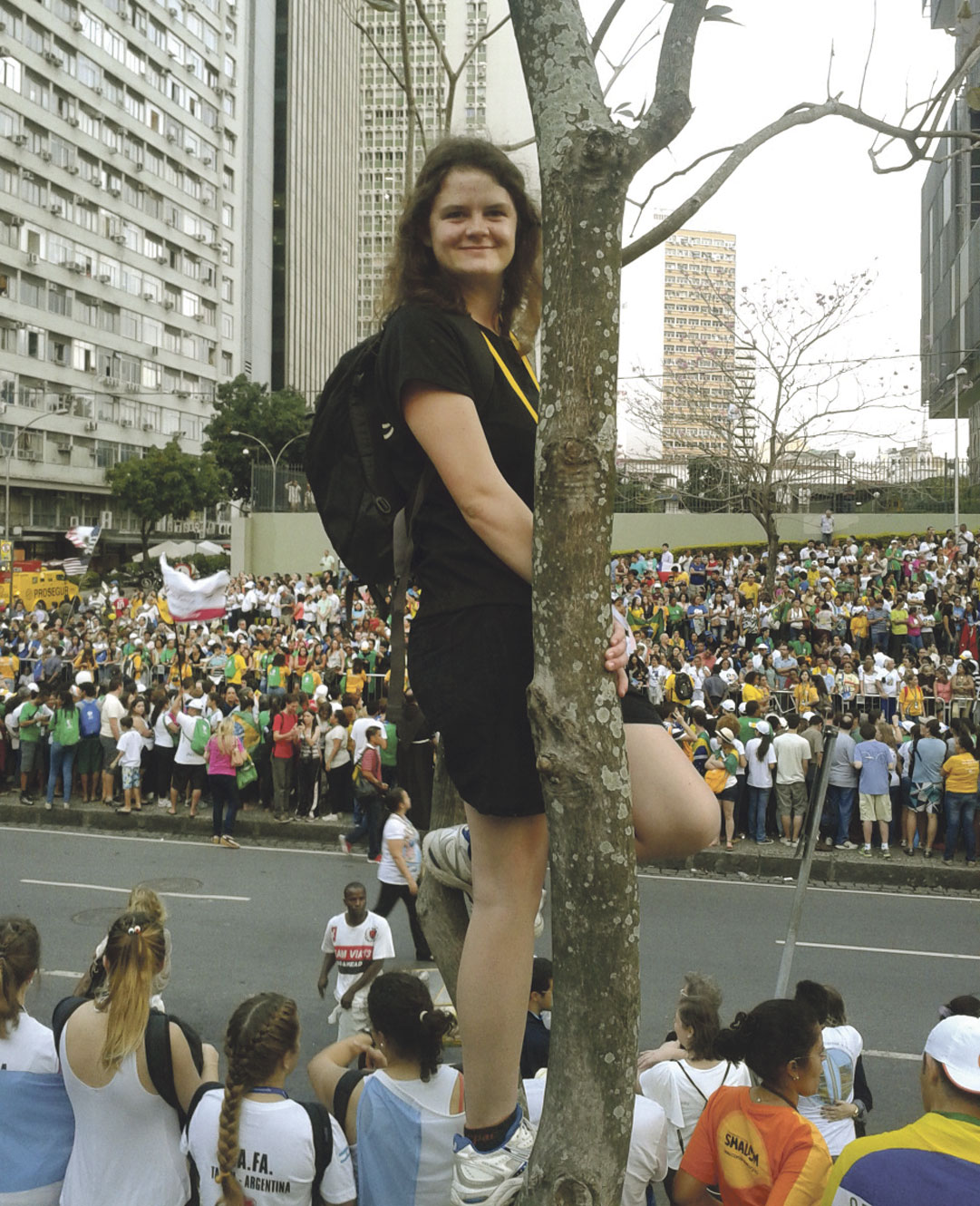 Young people from Palmerston North and Wellington dioceses had the opportunity to deepen their understanding of distant cultures during the July World Youth Day pilgrimage to Brazil.

In Central and South America they joined in such activities as collecting and washing plastic bottles to make money to help address the serious dog problem in Santiago, where thousands of feral dogs roam freely on the streets.

The pilgrimage was a journey of great hospitality, difficulty, discomfort and joy, of problems overcome and of celebration. It was a time of spiritual growth – though pilgrims struggled with communication and translation throughout, they discovered the language of love.

In Santiago, Chile, they visited markets, sights and Villa Grimaldi Peace Park where they learned of horrific abuses of power through torture and systemic murder that the people of Chile suffered during the United States-sponsored, Pinochet-led military regime of the 1980s. These struggles had led to extremes of wealth and poverty.

A visit to a mission organisation, Hogar de Cristo, was a powerful experience. It was founded in Santiago in 1944 to help the elderly, the homeless, terminally ill patients, abandoned children and youth. Several pilgrims had a chance to see the streets at night when we were driven around the hospital area where whole families were homeless.

The pilgrims built strong faith connections with the people they met which social media help to sustain.
In Sao Paulo, the pilgrims visited a local drug rehabilitation centre whose founder had been inspired by meeting Christ in the Eucharist.

Celebrating Mass with thousands of WYD pilgrims in the Basilica of the National Shrine of Our Lady of Aparecida was a highlight but the pilgrims also celebrated being young and Catholic in a community. Brazilian youth were completely integrated into parish life, celebrating with the exuberance that is the Brazilian way.

In home-stays the pilgrims felt the parishioners’ warmth and generosity.

Here we stayed in ‘Aussie Central’ on a warehouse floor – the unadorned reality of pilgrimage where every shop, including the many McDonalds’ outlets, was closed in this poorly lit part of the city.

The catechesis sessions on the themes of ‘Thirsting for hope, thirsting for God’, ‘To be Christ’s disciples’ and ‘To be missionaries: Go forth!’ spelled out Pope Francis’ hope and vision for the church for youth in the world.

The route Pope Francis took through central Rio had him only metres away from us. The absolute joy on his face as he returned to his homeland, passing hundreds of thousands of well-wishers seemed to ignite those he passed.

The return trip from the opening Mass with 750,000 people lasted more than three hours. What was it going to be like with more than two million people on a one-way underground rail line?

As we pondered the plight of family and friends after the earthquakes back home, the reality of the many homeless people we saw every day in Chile opened our middle-class eyes and planted a seed of compassion for the down-trodden – a sign of change.

The crush of people at the WYD Mass and those waiting in the queue for food were unforgettable.

After WYD a retreat with Sr Margaret Milne at the Redemptorist Retreat Centre was spiritually revealing and challenging. The parishioners in the adjacent parish had a strong sense of social justice.

The Mothers of the Plaza de Mayo or the Mothers of the Disappeared had a strong presence and history in the parish. Ten of their people had been taken during an outdoor Marian liturgy and disappeared, like many of their sons under the military rule.

Pope Francis had reminded us that when Jesus sent his disciples on mission, he promised: ‘I am with you always’. And this is also true for us! Jesus is always with us.