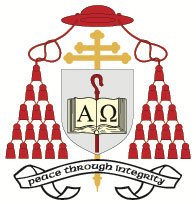 On 19 June 1835 a child was born in the village of St Symphorien-de-Lay in France. Twenty-five years later she arrived in New Zealand and we know her as Suzanne Aubert, Meri Hohepa, Sister Mary Joseph, St Grandma. In this year of St Joseph we remember that she chose the name, Joseph – Hohepa, because she found in St Joseph a saint she could relate to and learn from. Pope Francis wrote in Patris Corde, his document for the Year of St Joseph, "our lives are woven together and sustained by ordinary people", which Mere Hohepa knew well because she was so practical. Being ordinary and living among ordinary people is a blessing, always a surprise, for as Mere Hohepa wrote: “Most of us have, like plants, hidden qualities that only chance discovers”. ... See MoreSee Less

Share on FacebookShare on TwitterShare on Linked InShare by Email

Just to be is a blessing 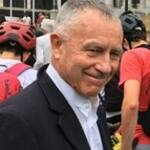 Kia tau te rangimārie ki a koutou “Just to be is a blessing, just to be is holy.” I discovered this quote of Abraham Joshua Heschel, a Jewish Rabbi, many…

Our most welcome guest 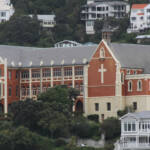 WelCom June/July 2021 The UN Day of the Seafarer is 25 June and the Church’s Sea Sunday, Day of Prayer for Seafarers, is 11 July.  Fr Jeff Drane sm Stella…

He Hīkoi Whakapono: A Journey of Faith

Upcoming events in the Archdiocese