Aiming for Fairer Circulation of Money 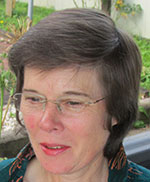 The subject of loans, charging interest, and the poor has been topical for thousands of years. It still is. Over three thousand years ago, the kings of Ancient Near Eastern civilisations addressed the poor and interest rates in their law codes. This Semitic cultural world is the context from which the laws of the Israelites and the Old Testament (OT) developed.

Laws in Exodus 22:25-26 state – ‘If you lend money to my people, to the poor among you, you shall not deal with them as a creditor; you shall not exact interest from them. If you take your neighbour’s cloak in pawn, you shall restore it before the sun goes down’. (Variants of this law permit Israelites to charge interest when lending money to non-Israelites rf. Lev 25:36-37; Deut 23:19-20; Ezek 18:5-9.)

Widow, orphan and stranger are terms which refer to the poor in the OT. God hears their cry. The poor had nothing. They had no property. If they did get a loan, the OT laws warn creditors not to harass them for returns on a loan. The interest laws aim at protection from exploitation.

The Hebrew word for interest ‘neshech’ comes from the verb ‘to bite’. The Medieval French Rabbi Rashi compared interest to a snake bite. Initially someone bitten by a snake does not feel the bite but gradually the effects are felt all over the body. Similarly, at first the borrower of a loan does not feel its pinch but a loan can grow to a crushing sum if the interest rate is excessive.

Jesus, from the Semitic cultural context in which he grew up, offers his own variant of the Jewish instructions about lending money – ‘If anyone wants to sue you and take your coat, give your cloak as well; and if anyone forces you to go one mile, go also the second mile. Give to everyone who begs from you, and do not refuse anyone who wants to borrow from you’ (Matt 5:40-42).

Jesus’ words are provocative, spoken in the context of the marginalised. Jesus’ message is – if the poor need to borrow, lend to them. What is unexpected though, Jesus demands more – that we give more than requested. This challenge, that the giver gives more than the requested loan amount, pushes the giver to go further. We are forced to address our motives. A North American biblical scholar Daniel Harrington suggests that a motive behind giving may be greed.

Whatever culture and whatever period, the poor become excluded from society. In New Zealand, the living conditions of the marginalised are often unhealthy. Work can be difficult to find. Interest on loans has to be repaid. Penalty charges are incurred if repayment terms are not met. Each week is a financial struggle. How do these people get back into the system?

On the big scale of things, the government provides various forms of social welfare. On a smaller scale we are challenged to do our bit too. Poverty has to do with lack of money. Five ideas on money follow.

The five ideas are proposed as ways to think about the poor getting better access to money. Some ideas may not sit with you easily but at least challenge yourself to think about alternative money practices. Create openings for marginalised New Zealanders to help themselves.

If you are in the position to rent out a dwelling unit and financially able to do so, consider renting the unit for a percentage of the renter’s income; for example between 25 and 40 per cent of their gross income. Think about rental cost based on a percentage related to the income of the person or family concerned, rather than market rate. (Refer: nzccss.org.nz)

If you employ people, consider not the ‘minimum wage’ but a ‘living wage’, regarded currently as NZ$20.55 an hour. A living wage is defined as ‘the income necessary to provide workers and their families with the basic necessities of life’. (Refer: livingwage.org.nz)

Think about paying the just or real price for goods. Move from ‘Buy Cheap’ to ‘Pay the Fair Price’. Trade aid agencies which sell coffee or chocolate products often provide information on the cycle from earth to natural resources, and from farmer via salespersons to us as the buyer. (Refer: tradeaid.org.nz)

Jim Consedine writes about the link between charity and social justice in the context of the St Vincent de Paul Society. Charity is one practical way to bridge the gap between those who have and those who do not have but involvement in public advocacy for change to systems that underlie social injustice is critical too. (Refer: tuimotu.org/a/a5Vh0nd)

Consider joining a Credit Union as an alternative to commercial banks. Why? They have a not-for-profit financial philosophy. They are run by local people for local people. (Refer: coopmoneynz.org.nz)