Following New Zealand’s 2017 general election on Saturday 23 September 2017, WelCom’s editorial team published a letter in our October edition to the Prime Minister about our hopes for this country’s future, from a Catholic voter’s point of view. At that time we didn’t know who the incoming Prime Minister was. After her official appointment on 26 October as the new Prime Minister of New Zealand, WelCom invited the Rt Hon Jacinda Ardern to respond. 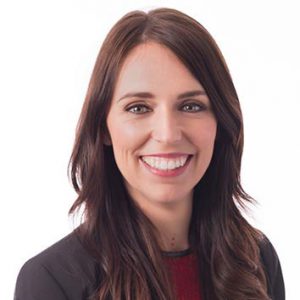 I write in response to the challenge you laid out in your open letter of 25 September to the incoming Prime Minister of New Zealand. I thank you for raising such thought provoking questions.

You urged whoever took up the role to be a leader who outlines a vision and sticks to it with integrity. You referred to leadership as being about serving, particularly for the vulnerable. I couldn’t agree more. These are exactly the things I’m committed to and have signed up for in this role. They’re a fundamental part of my job description and, while I may stumble, I expect to be held to account.

I am privileged and humbled to be the Prime Minister. For me, that’s not simply about serving New Zealanders. It’s about leading with strength, courage and empathy. I don’t take the challenge ahead of this Government lightly.

Our priorities for the first 100 days are about setting the course to make a real and sustainable difference, particularly for those left behind or forgotten. I know many issues on our agenda are also ones the Catholic Church has been vocal on – home affordability, a safe society, the care of refugees and safeguarding our environment.

We’re going to be inclusive, caring and accepting of all people, where culture, religious beliefs and diversity are respected and celebrated. In other words, we’re going to work with New Zealanders to build a truly decent and fair society.

This Government’s work is already well and truly underway, for example with moves on tertiary education, extending paid parental leave, ensuring all rentals are fit to live in, negotiating a revised Trans-Pacific Partnership deal that provides a better deal for us and tackling foreign speculators who have helped drive home ownership beyond the means of too many people.

So what does that mean in the day to day lives of New Zealanders? It’s the start of significant transformation.

It means everyone being able to have meaningful work, a roof over their head, food on their table and warmth in winter. It means lifting wages, providing access to quality health care – including mental health – and ensuring an affordable future for students.

Child poverty is often hidden from the eyes of many New Zealanders. But it is a national blight and we should all share the same determination to do something about that. As Prime Minister, I’ve taken on the new portfolio of Child Poverty Reduction. This isn’t a new focus for me. I have had a bill in the ballot now for about six years aimed at addressing exactly this issue. I expect this Government to be measured on what it does for children, which is why we will legislate not just the measures we will use for poverty but the targets to reduce it.

We’re also looking after our older New Zealanders through a range of measures while looking ahead for future generations by resuming the payments to the New Zealand Superannuation Fund.

We’re setting about building a strong economy while also addressing our environmental challenges and climate change. It’s critical we don’t look at those in isolation.

We’ll also play our part internationally and keep working with other nations to address our global and regional challenges including climate change. I began some of those discussions, along with Winston Peters, when we attended APEC and the East Asia Summit recently and met with other world leaders.

I know this all sounds like an awful lot of work – and it is. It may sound like the sort of commitments people feel they hear during an election campaign and get used to feeling cynical about once all the campaigning is over. I can understand where that comes from.

We will hold our course and stay firm to our commitments. It doesn’t matter how people voted, this is a government for every New Zealander. You have my word on that.

You’re going to see the proof of that over the coming days and months and years and my government and I will be accountable for our progress. I expect no less.

I’d like to finish by wishing everyone the very best over the coming festive season and holidays and thanking you for engaging in your democracy, no matter how you vote.