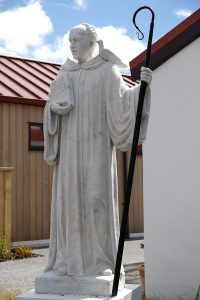 WelCom December 2017: On November 4, 2017, we celebrated the centenary of the Missionary Society of St Columban as well as the blessing of our new Columban chapel, office and residences in Lower Hutt. The centre for the Columban Mission in New Zealand, our premises have been reconstructed and refurbished over a two-year project.

For the celebration, Marquees had been set up in front of the main residence for 160 people present.

When Cardinal John Dew arrived, there was a Pōwhiri, which was powerfully touching while evoking respect for the tangata whenua.

As Cardinal John reached the place of gathering, there were a few words of welcome in English, Spanish and Portuguese – reflecting the Society’s widespread international mission.

After the welcome, Cardinal John proceeded with the simple ceremony of blessing. In his homily he spoke of the true foundations of the Columban presence in New Zealand. ‘It is not just cement and steel but, more importantly faith in Jesus Christ and the call to mission,’ Cardinal John said.

‘As the Columban Mission Society celebrates its centenary we can all join with you in thanks for God’s presence in your lives, as you have lived and worked in what sometimes has been very difficult and challenging situations you have known God as your stronghold, as the Rock, the foundations of your lives.’

Cardinal John said, ‘We are wonderfully supported in this Archdiocese through the presence and work of the Columbans. You are a small group but make a great contribution to supplying and filling in in parishes; the Archdiocesan Justice Peace and Development Commission; prison chaplaincy; working with Columbian refugees; Lutheran Catholic Dialogue; and initiatives to care for our Common Home. Thank you for all that you do.’ 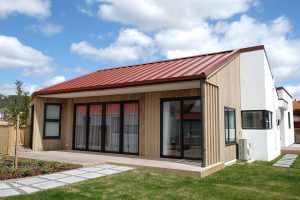 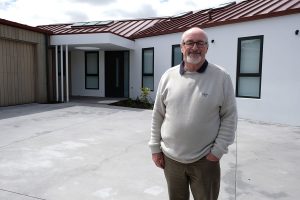 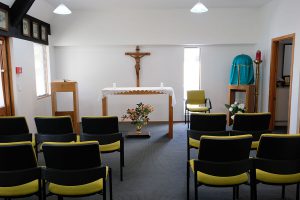 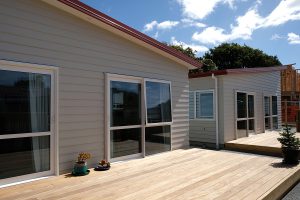 A number of people representing different groups closely connected to the Columbans ‒ including family, friends and religious ‒ read prayers of the faithful.

Cardinal John blessed a plaque scripted: “They Journeyed With Us” 1918-2018, and the names of the 26 New Zealand Columban Missionaries who have died in the past 100 years.

The blessing was followed by four speeches given by Fr Arturo Aguilar, the vicar-general of the Columbans, Fr Gary Walker, the regional director for the Columbans of the region of Australia and New Zealand, Mrs Kirstyn McKeefry, project manager, and Fr Tom Rouse, the local Columban coordinator.

After the speeches, people were invited to look around the new Columban houses and the displays in the office.

The Columbans first bought property along High St, Lower Hutt, in 1942. A sizeable section of this initial property was subdivided and sold and a new house was built and opened in 1970. Due to today’s building requirements, this house was demolished to make way for the present land development, a new main house, new townhouses for the five resident Columbans, a refurbished administration office and the repositioned chapel.

The celebrations and blessings on November 4 were a great way to remember the past and look forward in hope to the next 100 years of the Columbans in Aotearoa-New Zealand.

Fr Thomas Rouse ssc is the Coordinator for Vocations, Mission and JPIC for the St Columbans Mission Society in New Zealand, and is based in Lower Hutt, the administrative headquarters for New Zealand. 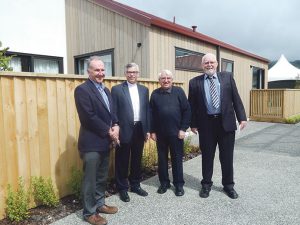 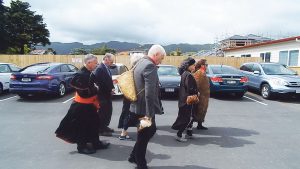 The Columbans work in community partnerships in solidarity with the poor and the exploited across cultures and other faith-based religions. Through Justice, Peace and Integrity of Creation (JPIC) the Society links communities to the Gospel with faith in action by living justly, respecting ecological systems and growing a culture of peace. (www.columban.org.au)