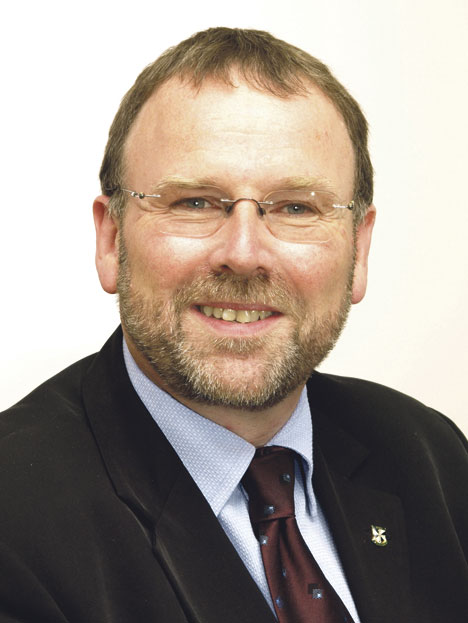 Pope Francis’ short papacy has given us plenty of examples of how we can work together (visiting and embracing the sick, welcoming prisoners) in order to bring to those of us who need it  mercy and encouragement rather than judgement and condemnation.

He invites us to get out of our comfort zone and to take up our rightful place as Christians – on the margins.

Following our successful Stewardship day on hospitality in November, the archdiocese is hosting two Stewardship Reflection days this month: 22 March in the South Island and 29 March in the North Island.

During these days we will reflect together about Pope Francis’ apostolic exhortation Evangelii Gaudium and learn what joy there may be for us in the gospels.

It’s true that in some ways, for us Kiwis, the term ‘stewardship’ is something of a turn-off. It always needs to be explained – first, to distance it from the assumption that it is all about squeezing more money out of me and, second, to explain that we are all called on a journey of generosity towards each other and our God by virtue of our baptism.

The word ‘steward’ doesn’t immediately suggest someone who is growing in generosity. It seems in our minds’ eye to have more to do with cruise ships and old-fashioned air travel.

The United States Bishops’ pastoral letter Stewardship – a Disciple’s Response, first published in 1992, has become the foundational text for the stewardship movement. Written in English and Spanish, the term used in Spanish for stewardship is co-responsibilidad which translates as co-responsibility.

The whole basis of the re-imagining process which the diocese is currently engaged in is exactly this – co-responsibility. The days which launched the process in both islands were called CoRe days during which we were invited to explore Archbishop John Dew’s vision of a co-responsible church.

Co-responsibility conveys a notion that we are responsible together, interdependent, working in unity for community but, most importantly, that we are called, not as spectators in the Church and in our parishes, but as people in action together to bring about the compassionate world that God has invited us to become.

In a world where harsh judgement operates, no one listens to each other and the result is a bitterly divided world. There are those few who make the grade while the rest are excluded.

In a compassionate world, each person is listened to, we all find that our contribution is welcomed, we experience forgiveness and we find our place of belonging.

This month, Archbishop John warmly invites you to discover that exciting place of belonging through co-responsibility where stewardship, re-imagining and Pope Francis collide. We hope you will come to these days. They will be inspiring and provide nourishment for your journey.