Bell ringing on the 11th hour of the 11th day of the 11th month, 2018, will be among the activities planned to mark the Centenary of the Armistice, which ended the First World War on 11 November 1918. 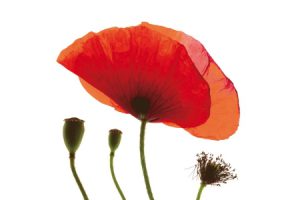 Churches throughout the country are invited to join in the ‘Roaring Chorus’ campaign to mark the Centenary of the Armistice on Sunday 11 November 2018.

The idea is to recreate the ‘roaring chorus’ of thanksgiving and jubilation that erupted across
New Zealand as word of the Armistice was declared 100 years ago. The plan is for this moment to immediately follow the two-minute silence that will be observed nationwide at 11am. Churches, organisations and community groups are invited to gather whatever ‘instruments’ they have at hand and help create a ‘roaring chorus’ to once again celebrate peace and hope for the future.

New Zealand’s Roaring Chorus campaign connects with the British and German Governments’ invitation to nations across the world to participate in bell-ringing at the eleventh hour of the eleventh day of the eleventh month in 2018. If you have Church bells, you are invited to join in marking the Centenary of the Armistice 100 years ago.

World War I, 1914‒1918, was the largest conflict the world had ever seen at that time. New Zealand sent over 100,000 young men to fight, over 550 nurses and others, representing almost 10 per cent of our then-population of around one million. More than 16,500 New Zealanders were killed and many more were wounded.

On 11 November 1918, the Armistice was signed between Allies Britain, France and their opponent, Germany, bringing to an end four years of fighting, and a prelude to
peace negotiations.

The signing of The Armistice took place in French military commander Ferdinand Foch’s railway carriage (Foch was one of the signatories) in the remote and discreet location of the Forest of Compiègne, about 60 km north of Paris.

Armistice Day, Remembrance Day or Veterans Day is commemorated in many countries involved in the First World War, on November 11 every year or on the Sunday nearest to it. Several countries remember the people lost during the First World War and other wars by holding a two-minute silence at 11am on that day.

In Aotearoa-New Zealand, the main World War 1 commemorations will take the
form of a live-streamed National Service at Pukeahu National War Memorial Park in Wellington.

“They shall grow not old,
as we that are left grow old,

Age shall not weary them not
the years condemn,

At the going down of the sun
and in the morning,

We shall remember them”

Fr Frank Whitaker and Fr Julian Wagg will be celebrating the Eucharist at 11am on Sunday 11 November at St Joseph’s Church. This is to remember all those who lost their lives in WW1, and especially any family members whom any-one would like to remember. You are encouraged to bring any memorabilia you may have of family members who served in WWI. You are also encouraged to bring a hand bell to ring to re-enact the end of the war. A cup of tea and sharing to follow.