WelCom February 2018: The final report of the Australian Royal Commission into Institutional Responses to Child Sexual Abuse, was released on December 15 last year.

The report includes a large number of recommendations, many of which will have a significant impact on the way the Catholic Church operates in Australia.

President of the Australian Catholic Bishops Conference, Archbishop Denis Hart, said the release of the Commission’s final report is the culmination of almost five years of intense examination of the way in which many different institutions, including the Catholic Church, have historically failed children. ‘Once again, I reiterate my unconditional apology for this suffering and a commitment to ensuring justice for those affected,’ Archbishop Hart said.

Sr Ruth Durick osu, president of Catholic Religious Australia, said religious orders across Australia are committed to continuing the work of recent years to ensure a future in which the safety and protection of children and vulnerable adults is paramount. 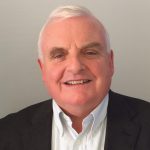 Bill Kilgallon, Director of the Catholic Church’s National Office for Professional Standards, which investigates claims of abuse in New Zealand, writes the following.

“In 1978 a little boy started crying…in 2014 he still is.” This one of more than a thousand messages to Australia from people who were sexually abused as children. It is included in the final report of the Royal Commission into Institutional Responses to Child Sexual Abuse in Australia, which was published just before Christmas. The Commission is one of the most comprehensive examinations of child sexual abuse ever undertaken. It looked at a wide range of institutions covering many aspects of life. The scale of abuse uncovered shocked even those who set up the Commission.

The Commission looked at a number of faith-based institutions and found many had seriously failed children in their care. Sadly, in the Catholic Church many people priests, religious and lay were found to have betrayed the Gospel and the trust put in them. This combined with a catastrophic failure of leadership that sought to protect the reputation and assets of the Church rather than children. The result is that long-lasting damage has been done to children, families, communities and the Church.

“The Commission found that the absence of any effective governance in the Church was a significant factor…that allowed this abuse to occur.

The Commission – seeking to understand what it was in the culture of the Catholic Church that allowed this abuse to occur – took evidence from bishops, theologians, canon lawyers, lay people and from people who had been abused. It found that the absence of any effective governance in the Church was a significant factor. The model of leadership where the parish priest in his parish, the bishop in his diocese exercise absolute power, rather than follow the servant leadership modelled by Jesus, produced a damaging clericalism that gave them an exaggerated position of trust which some betrayed. Lack of rigour in the selection of people for priesthood and religious life, the absence of any effective structures of accountability, helped to create a Church that was not a safe place for children.

“Truly effective change requires that all of us as the people of God develop new forms of leadership built on the equal value of all people – including children.

These are positive and constructive suggestions, which the whole Church needs to consider seriously. They represent a challenge and an opportunity to all of us in the Church too important to be left just to the bishops. Truly effective change requires that all of us as the people of God develop new forms of leadership built on the equal value of all people – including children.

The recently announced Public Inquiry into abuse of children in state care in New Zealand will give the Catholic Church in this country an opportunity to recognise and learn from our past failures and to take real and effective action to ensure that children now and in the future are better protected. The initial focus of the inquiry will be children who were in state care. A significant number of these were placed in services run by religions organisations including the Catholic Church.

Prime Minister Jacinda Ardern has said that the independent chair of the inquiry will be able to look at final the remit of the inquiry.

The inquiry details are part of the government’s 100-day plan and are expected to be announced early February.

Bill Kilgallon is retiring from his role as Director National Office for Professional Standards later this month.

The final report of Australian Royal Commission into Institutional Responses to Child Sexual Abuse brings together what the Commission learned during its five-year inquiry. It sets out what it heard, its conclusions and its recommendations to better prevent and respond to child sexual abuse in institutions. The final report is made up of a preface and executive summary and 17 volumes.

A copy of the report is on the Royal Commission’s website at:
www.childabuseroyalcommission.gov.au/final-report