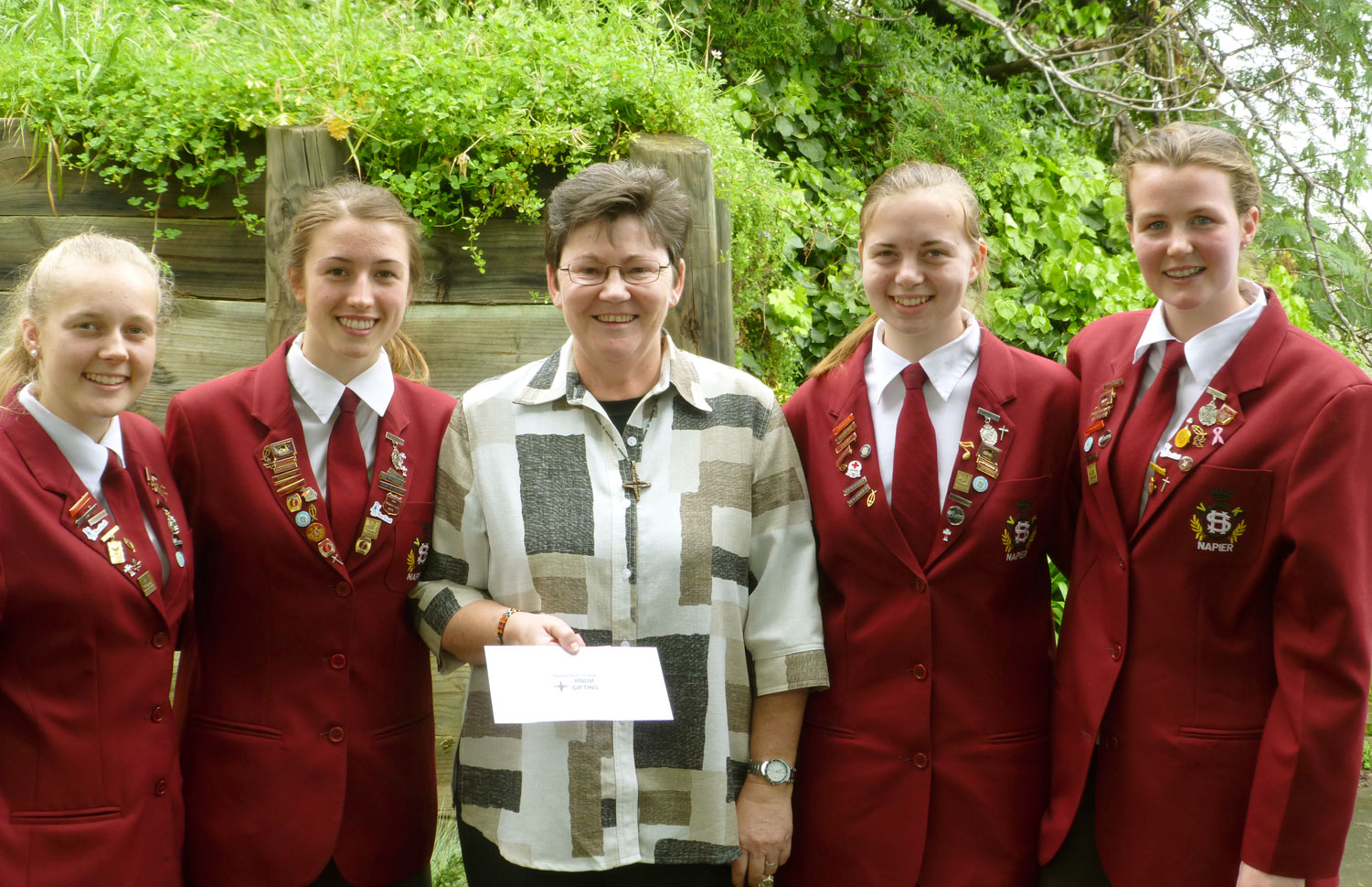 Two months earlier, on 7 August, the college’s Special Character leaders had challenged students to find creative ways to raise funds to support the Sisters of Our Lady of the Missions’ Christmas Gifting Projects.

‘It’s not just a matter of asking your parents for some coins, it’s up to us to do more,’ they said.

Principal Steve Bryan had seen some of the challenges schools in India and Bangladesh face at a recent RNDM Education Symposium in Perth.

Knowing the power New Zealand schools have to make significant differences in the lives of students in Asian colleges motivated Sacred Heart to undertake such a venture.

With the theme of ‘Look Beyond Ourselves’, the students and staff have been supporting each other’s efforts to achieve their class goals. They have run raffles, washed cars and sold homemade cupcakes and other food items.

All form classes have committed to the four projects in the RNDM 2013 Christmas Gifting Programme aimed at helping HIV-positive children in Kenya, girls and young women in Senegal, tribal girls in North East India and orphans in Bangladesh.

The funds the Year 13 students have raised will go towards sponsoring a child through the RNDM Child Sponsorship Programme. They have challenged the Year 12 students to continue this sponsorship next year.

Mission coordinator for the Aotearoa-New Zealand and Samoa Province Sr Helen O’Sullivan was at the assembly on 25 September, to receive each class’s gifts.

For more information about the Sisters of Our Lady of the Missions contact Sr Helen or Mrs Tania Halliday.