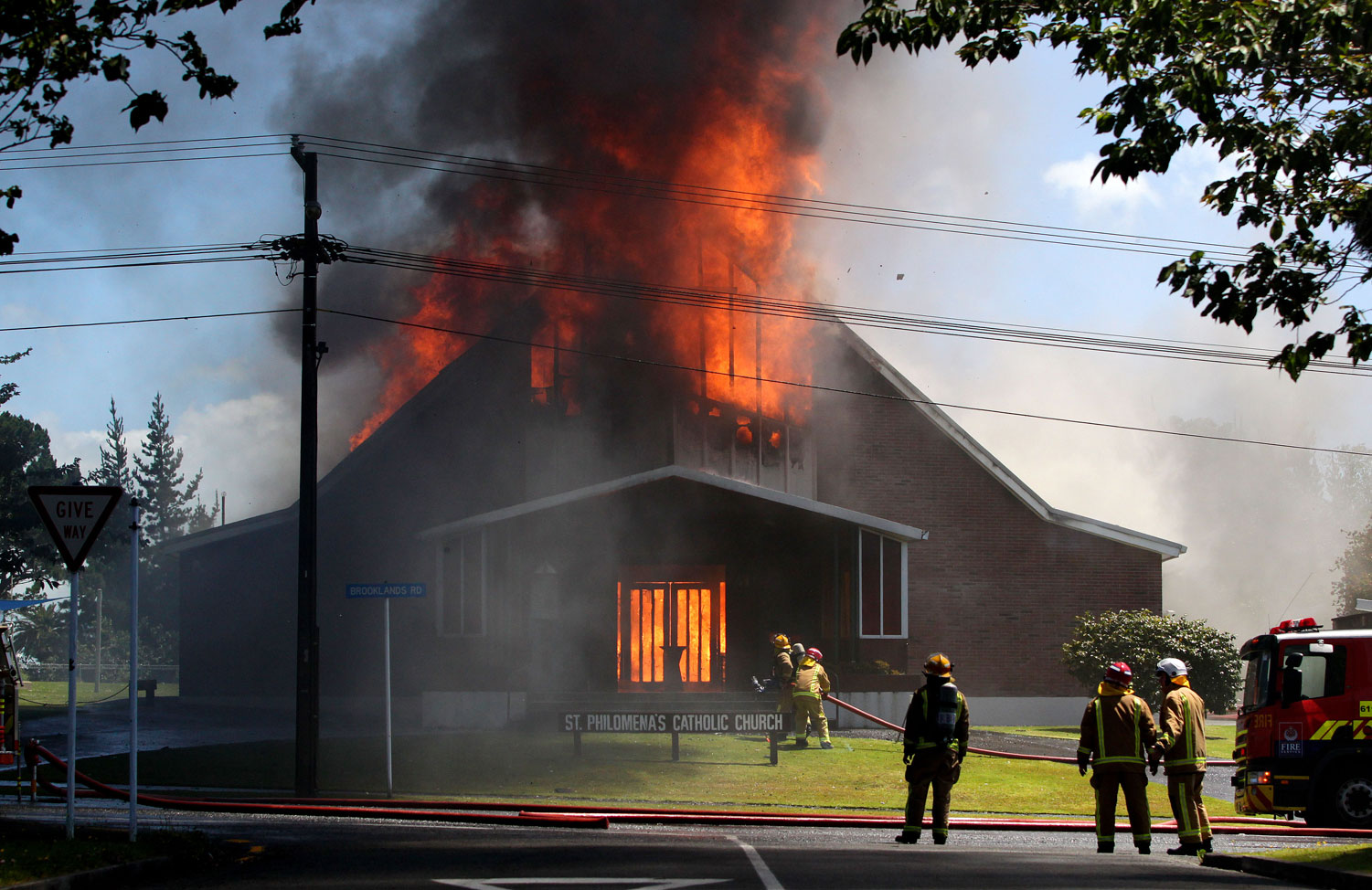 Parishioners of St Philomenas are expecting an engineer’s report this month that will be key in their decision on the future of their church, devastated by fire on 5 January.
The fire started in the mid-afternoon and witnesses say the speed and ferocity of the flames were ‘a frightening sight’. Fanned by a strong wind, the fire quickly took hold of the aluminium roofing and the wind blew smoke and debris across the road.

The beautiful heart rimu ceiling which had given the church such wonderful accoustics, created a barrier to fire fighters trying to contain the blaze. A large crowd gathered, many in tears. The fire was eventually subdued about six hours later but fire fighters remained on the site throughout the night. 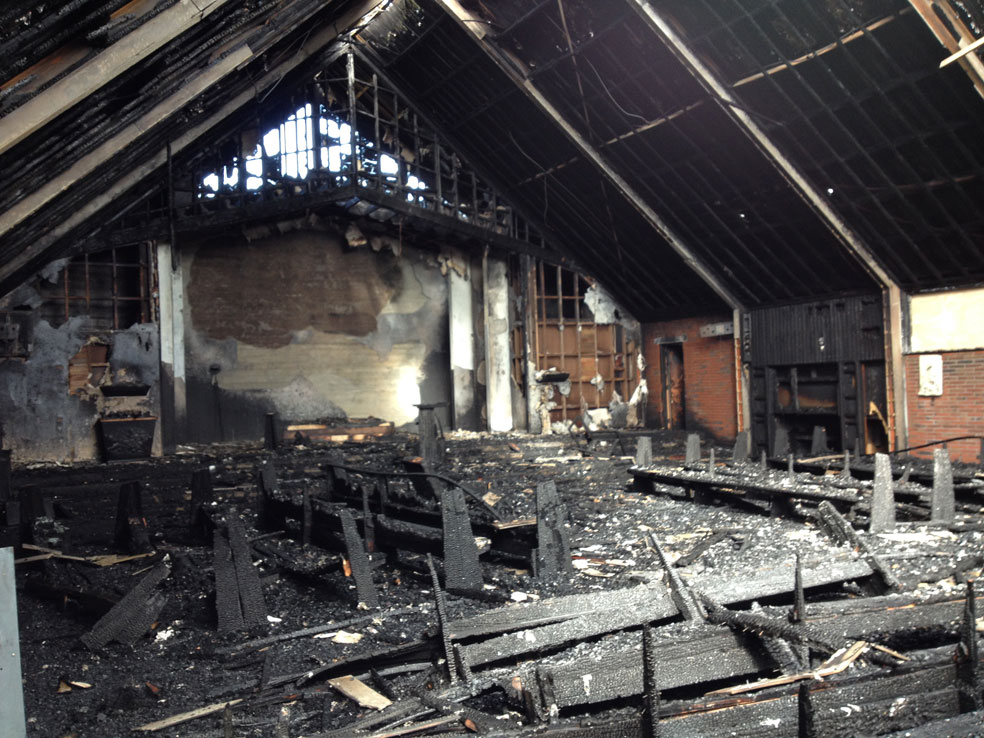 Today the parish is looking on the bright side, supported by a strong relationship with the nearby St Pius X school, the nursery of the parish which also lost its library at the back of the church. The parish community is able to celebrate Mass in a classroom once a week, but with borrowed vestments and lectionary. With the roll set to rise during the year, St Pius X is to gain another classroom by the second term. Most of the weekday Masses and Eucharistic services are now at St Joseph’s three kilometres away and communication with the parish community has become difficult. We are so grateful to St Pius X parish school for their generosity and assistance in our time of need.
In the meantime we look to our future with hope and vision.

Meanwhile, a 59-year-old woman has appeared in the New Plymouth District Court charged with arson and released on bail.

The church had celebrated its golden jubilee a few months earlier in September.

Bishop Owen Dolan celebrated Mass and pupils of St Pius X school entertained at the lunch afterwards. Having just lost their church to fire, parishioners are delighted they were able to celebrate this great occasion with past and present clergy and parishioners.

Bob Cave who was on the original committee and the first to be married at St Philomena’s gave a history of the parish. The archdiocese bought the property in Brooklands Road in 1946. Three years later when St Joseph’s was divided, Brooklands joined Fitzroy to form a new parish and this remained so until December 1959 when Brooklands was established as a parish in its own right under the direction Fr Jim Rickard who had been a curate in the Fitzroy parish for the previous two years. Preparations for building the church started immediately. Told that there would be a 10-year wait for an archdiocesan building loan at seven percent interest, the parish set up a savings scheme with the help of accountant Michael Finnigan. Many parishioners banked with the scheme and its funds built up rapidly so that the parish was able to start building in three years. Bishop Owen Snedden laid the foundation stone in November 1962 and Cardinal Peter McKeefry blessed the church on 1 September the following year.

Four parish priests Frs Rickard, Donaghue, Garty and McLaughlan have served the parish and since 1996 the spiritual needs of St Philomena’s have been in the hands of other priests of the city with lay members of the parish community assuming leadership roles. The late Trevor Carter led the first leadership team with pastoral worker Sr Mary Wyss, Barry Fabish, chair of the Finance and Administration Committee and parish secretary Syd Wells.