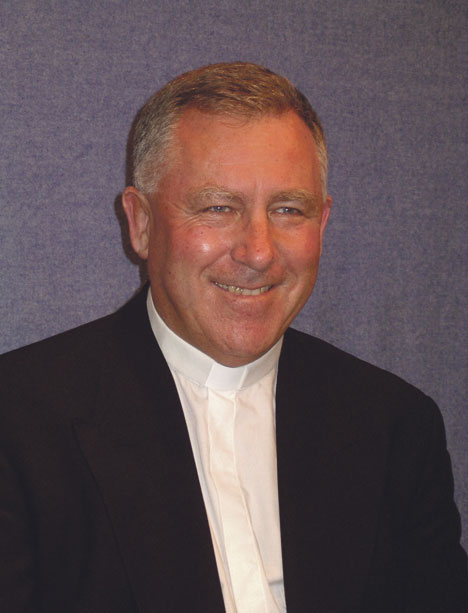 Summary of talk given by Cardinal John at Ministry Formation Days in Wellington (April) and Richmond (July).

Just over 10 years ago I succeeded Cardinal Tom Williams as the Archbishop of Wellington. For me there were many big questions. One involved wondering how to staff  our parishes in the future. We were already committed through the Launch Out training programme to having lay pastoral leaders working with our clergy.

Three years before, in 2002, Cardinal Tom and I had been to every area in the diocese that was to become one of the new pastoral areas. The material we presented at the 15 related meetings was about the Spirituality of Communion. The words we used then are just as relevant and just as important today. Pope John Paul spoke often about ‘collaboration’, and Pope Benedict XVI spoke about ‘co-operation’. Pope Francis continues to challenge us about how we deal with people and relate to them with mercy, compassion and pastoral care.

The Archdiocesan Synod in 1998 voted clearly in support of lay pastoral leadership in parishes without a resident priest. Clergy and laity voted together on this, electing to work together in teams.

Although clergy and laity working together had been decided, I continued to have questions, right up to the day I commissioned our first lay pastoral leader in February 2006. Even at the beginning of the ceremony I was hesitant and was telling myself I needed to trust this would work. Once I began the actual commissioning ceremony I became confident and spoke with assurance knowing this new leadership was going to work and that it was going to be good.

And it has worked, even though – as with any change – many still have questions. One of the things I have said and continue to say at every commissioning, is that the lay pastoral leader does not work for Father: he or she works with the priest. I am convinced about the concept of ‘team’. I have seen it work, and I have seen team members grow personally. I have seen new initiatives and vibrant life in parishes as a result.
In this diocese, we’ve been called to work collaboratively in teams to support, encourage and help one another and those we have been called to serve.

Our parish leaders have been called to lead in such a way that the wisdom and talents of each member of the team are fully utilised in decision making, pastoral planning and ministry. That’s also what it’s about – people sharing their wisdom and their talents. That’s what makes it ‘collaborative ministry’. It is not one priest in a parish trying to do everything himself; it’s a team of people using their gifts for the good of those we are called to serve.

It is about service … we have the example of Jesus himself. We are reminded of it every Holy Thursday evening. ‘If I then the Lord and Master, have washed your feet, you should wash each other’s feet. I have given you an example so that you may copy what I have done to you.’ John 13:14-15.

It is wonderful to know Cardinal Tom listened to the call of the people of the Archdiocese at the 1998 Synod and very quickly established Launch Out to train lay men and women to work with priests and be given positions of responsibility in the Archdiocese. I have been privileged to continue that, and am delighted with the way our lay pastoral leaders and clergy work together…and it is about working together!

I truly believe since our 11 lay pastoral leaders have been working in parishes, Samoan chaplaincy, hospital and prison chaplaincies, they have given outstanding pastoral leadership, and done wonderful pastoral work. But perhaps even more than that, they have added a dimension to priestly service that has enhanced the ministry of the priests they work with.

Cardinal Tom used to say that training and employing lay pastoral leaders is not just a matter of expediency or of necessity; that we are not training and employing them just because we don’t have the same numbers of clergy we once had. In some ways it is a matter of expediency, but it is also because Baptism and Confirmation call for all the baptised to be involved in ministry.

We have discovered here in Wellington that ‘an ecclesiology of communion looks upon different gifts and functions not as adversarial but as enriching and complementary’ (US Catholic Bishops, Co-workers in the Vineyard of the Lord, 2005).

We cannot do that alone. We need each other and it is about working together: priests with priests, priests with lay pastoral leaders, men and women, young and old, clergy and religious, priests and me as your bishop.

‘A spiritualty of communion indicates above all the heart’s contemplation of the mystery of the Trinity dwelling in us, and whose light we must also be able to see shining on the face of the brothers and sisters around us. A spirituality of communion also means an ability to think of our brothers and sisters in faith within the profound unity of the Mystical Body, and therefore as “those who are part of me”. A spirituality of communion implies also the ability to see what is positive in others, to welcome it and prize it as a gift from God; not only as a gift for the brother or sister who has received it directly, but also as a “Gift for me”…Let us have no illusions: unless we follow this spiritual path, external structures of communion will serve very little purpose. They would become mechanisms without a soul, “masks” of communion rather than its means of expression and growth.’ (NMI #43).