WelCom invited Good Shepherd College Te Hēpara Pai in Auckland and the Catholic Institute of Aotearoa-New Zealand in Wellington to provide regular articles on their wealth of Catholic theology, morality, ethics and history of our faith heritage. The intention is to share this knowledge with our readers.

‘We jumped at this chance,’ said Fr Merv Duffy, Acting Principal GSC. ‘The Catholic Church has been reflecting on the things of God, the person of Jesus, itself, and its mission in the world, throughout the two millennia it has been in existence. In the process, the Church has accumulated a vast amount of scholarship.’ 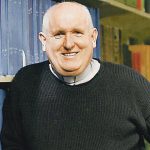 A fundamental Christian belief – shared with Jews and Muslims – is that God has directly intervened in our World.

Revelation is communication. There is a subject, a content and a recipient. The subject, the one acting is always God. It happens at God’s initiative, when and how God chooses to have it happen.

Revelation may be delivered by a messenger – which is what the word ‘angel’ means – as in the Annunciation. Revelation can also happen in a dream, as happened for both the Old Testament Joseph and for the New Testament Joseph. 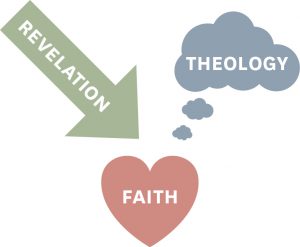 A revelation may be spoken by a Prophet, moved by the Spirit of God “The Spirit of the LORD spoke by me, And His word was on my tongue” (2 Samuel 23:2).

Revelation may be by way of a sacred text. “All Scripture is inspired by God and profitable for teaching, for reproof, for correction, for training in righteousness” (2 Timothy 3:16).

Revelation is accessible to everyone, it is public. The reality of the World and the Scriptures speak to all of us about God.

God is the agent of Revelation, but like all communication, it requires a hearer and that hearer must be open to the message. There is a wonderful scene in the comedy, The Life of Brian, where listeners mis-hear the preaching of Jesus and speculate on the meaning of “Blessed are the cheesemakers”.

So the recipients of revelation must hear it clearly, and must accept it for what it is; a word from God. This last step is the step of faith. We know that crowds of people heard the preaching of Jesus but that only some of them became disciples.

Faith is a gift from God. The Holy Spirit prepares people to believe, but it does not coerce the person. Choosing to believe is a free human act.

“The thinking about the reality of divine revelation is what we call ‘Theology’, the study of God.”

Once the communication of God has been accepted by the willing human heart, the inevitable next step is to start thinking about what has been revealed. Humans are self-reflective and rational – we try to understand what we experience.

The thinking about the reality of divine revelation is what we call ‘Theology’, the study of God.

Theology is a human work, and that means it suffers from all the same faults that plague any human endeavour; bias, prejudice, sloppy thinking, egoism and all the rest. As Fr Bernard Lonergan wisely reflected ‘not every bright idea is a right idea’.

So, a column series with ‘think pieces’ from Catholic academics will contain all kinds of things: scholarship, history, topical issues, scriptural exegesis and ethical analysis. Hopefully it will include creativity and in-depth thinking.

Academics do not receive a grace of state that preserves them from error – our conceptions (in the ‘idea’ sense) will not be immaculate. Be tolerant of us as we toss ideas around, for it is through debate, reflection and reaction, that the wheat is separated from the chaff.

Fr Merv Duffy SM is Acting Principal of Good Shepherd College in Auckland and lectures in Dogmatic Theology there. He has a BSc (hons) in Mathematics from Victoria University in Wellington, and a doctorate in Sacred Theology (STD) from the Gregorian University in Rome. One research interest is the letters of the Pacific Missionaries and he invites anyone interested in this primary historical material to visit www.mariststudies.org 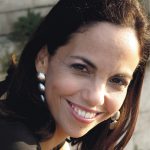 When the Apostolic Letter Amoris Laetitia was published in 2016 it received incredible media coverage both within the Catholic Church and in secular society. Unfortunately, the discussion about Amoris Laetitia has focused on chapter eight. This created a huge controversy around the issue of the Eucharist and whether or not it should be received by remarried divorcees. The most progressive groups in the Church concluded that the Pope had made a significant change in moral theology while more conservative groups considered the Pope was being unfaithful to the Tradition and to the indissolubility of marriage. I believe those two visions are simplistic and not quite loyal to Francis’ thought and it is slightly dangerous to only base our opinion of the letter on chapter eight.

I consider it is necessary to have a wider vision concerning Amoris Laetitia and to understand all its content. I don’t think the Pope has changed the essence of our doctrine, but he has suggested a different approach to the pastoral mission guided more by mercy than by rigid rules.

First, it is important to understand that Amoris Laetitia’s is the fruit of two Synods (2014 and 2015). The Pope didn’t want to present a new dogma or give solutions to all the problems. He wanted to initiate a reflection on different issues regarding family enacting the principle of synodality. He invites the people of God to walk together in this reflection: pastors, lay and the bishop of Rome.

Secondly, we are discussing here a pastoral document. It is not a philosophical document neither is it a dogmatic theological text. It is a reflection on pastoral theology, which has its source in the people’s experience of faith.

Pope Francis uses the Latin American theology in his pastoral method. The starting point for Latin American theology is experience. The Pope tries to understand the experience of the people of God to better understand the truths of the faith and moral life. In communion with the people of God, Pope Francis reflects on the problem in a theoretical way and then goes back to the pastoral praxis with new vision.

“We must give time to ourselves and to others instead of searching for immediate results, results that clearly occupy space.”

Time is greater than space

There are two principles that can help us to understand Amoris Laetitia. The first principle is: ‘Time is greater than space’. The Pope is using time and space as metaphors. For him, time means the process that is needed in life for growing and developing, the salvation that is acted in a concrete history. When he applies this principle to the pastoral reality of families he is giving us the message that time is needed to assimilate the truth that is Jesus. We must give time to ourselves and to others instead of searching for immediate results, results that clearly occupy space. If we talk about paths we need to think of ways in which someone can change from sin to grace, but this is not a magical path. It needs time.

Reality is more important than ideas

The second principle used by Pope Francis is ‘reality is more important than ideas’. With this he is giving us the key to understand what Truth Jesus represents. Jesus is not an idea, Jesus is a Person. To encounter the Truth means to have a personal encounter with Jesus in which the truth becomes flesh in our lives. Pope Francis asks us, during our daily mission and contact with other, to be more concerned with the reality of the person than try to impose ideas
on them.

Finally, is the Pope allowing communion for remarried divorcees?

The Pope has not opened the communion to all remarried divorcees, nor has he closed that door. What he affirms is that those in irregular situations are not necessarily living in a state of mortal sin. It depends on each case. A mortal sin is only committed with freedom and conscience about a grave matter and there are actually some factors that can mitigate moral responsibility. It is our mission to integrate those who live in such irregular situations into the life of the Church. To do this we need to apply the graduality of the law, discernment and our conscience for each particular case.