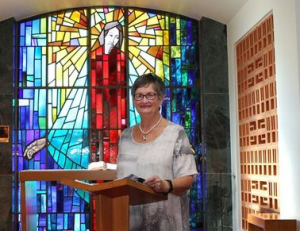 Two parishioners of the Catholic Parish of Hastings, Mrs Jillian Frizzell and Mrs Margaret Kitt, were among the recipients of the Hastings District Council’s 2018 Civic Honours Awards presented at a Council ceremony in June.

Jillian is assistant principal at Hastings Girls’ High School. In her 43 years with the school she has carried out numerous extra duties and voluntary hours. Jillian is also a hospital chaplain, chairperson of the Liturgy Committee for the Hastings Catholic Parish, is a regular service reader and administers communion. She drives elderly people to church, visits the sick, delivers hot soup to the ill and carries out front of house duties for Hastings Choral Society concerts. 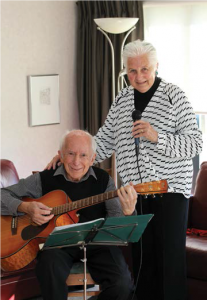 Husband and wife, David and Margaret Kitt, both recognised for contributions to community music and fundraising. Photos: Duncan Brown Photography

Jillian is deeply respected in the community, Jillian is known for her selflessness and her embodiment of Christian values. She has spent a lifetime in education and throughout her career she has worked diligently and in support of the underdog. Jillian has been the recipient of the National Excellence in Teaching Award and Woolf Fisher Travelling Fellowship.

Margaret Kitt has provided more than 40 years of consistent quality music to audiences and congregations in Hawke’s Bay either singing solo or leading congregational singing, and has been inspiring and dedicated to voluntary services through her musical talents. Margaret and her husband David were instrumental in helping raise funds after the Sacred Heart Church burnt down in the late 1980s. Fundraising activities and concerts were used to raise the money to rebuild and refurbish the church. Margaret is known for being a library of musical facts and always looks at the story behind the songs.