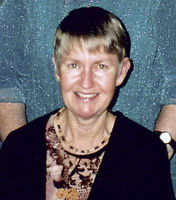 Some years ago on a flight to Auckland I overheard a conversation between a young woman and an older man. She explained at length that she was beginning a catering course. He listened attentively and encouragingly, never once indicating that he had something else on his mind.

Towards the end of the journey she asked about the purpose of his flight. He explained that he was a Catholic priest, the Bishop of Dunedin on his way to bury another bishop.

Many similar stories could be told of the approachability, pastoral care and humility that define our bishops. It is to be hoped that they have called some of their brother bishops to account for their scandalous behaviour.

As the Year for Priests ends, intense media scrutiny – perhaps a blessing in disguise – has probably done more than the pope could possibly have imagined to turn the spotlight on priests and therefore bishops.

Early in his reign Pope Benedict said he wanted to get rid of what he described as the ‘filth’ of the church. But how much of the present crisis is our fault as laity? One thing is certain: we have all had to examine seriously why we belong to the church and, more importantly, why we stay in the face of so much public ridicule and evidence of such appalling episcopal leadership in some parts of the world.

In a nutshell we have been forced to think about the meaning of our baptism and what we can do to address some of the deeper structural problems at the root of such abuse of power and lack of accountability.

Last May Pope Benedict spoke strongly about the role of the laity. No longer must they be viewed as ‘collaborators’ of the clergy but truly recognised as ‘co-responsible’ for the church’s being and action. Such recognition, he said, demands a change in mindset, particularly concerning lay people as well as an improvement in pastoral structures. Furthermore he lamented the fact that ‘… there is still a tendency to identify the church unilaterally with the hierarchy, forgetting the common responsibility, the common mission of the People of God, which, in Christ we all share.’

This ‘common mission’
Through our baptism we are called into the church and anointed to be priest, prophet and king (Lumen Gentium #9, 10, 34, 35, 36). Linked to the priesthood of Christ, we are all priests. However, the priesthood of ‘all the baptised’ should not be referred to as the priesthood of the ‘laity’ for clergy, too, share in it.

As the late Humphrey O’Leary CSSR warned last year, ‘We must keep in mind at all times that priesthood is a quality shared by all believers, not just something enjoyed by a limited group of males.’

Before Vatican II, laity ‘prayed, paid and obeyed’. A pyramid model of church put the pope at the top followed by cardinals, bishops, priests with laity at the bottom. The top had the truth while the bottom received it and the hierarchy were responsible for the mission of the church.

Laity were the hierarchy’s helpmates and any ministry undertaken by the former was given by the latter. That a lay person had a right to a ministry of their own was never considered. Vatican II moved away from this trickle-down effect, replacing it with the New Testament communio (responsible fellowship) model.

Ministry is now something laity are called to by virtue of their baptism. In fact they are ‘commissioned by the Lord himself’ – they do not merely share in a ministry that belongs to the hierarchy (LG#33). Since the Holy Spirit is given to each person at baptism all have a significant role and a legitimate voice. In fact we can all be a source of truth (LG#12) as together laity and priests continue Jesus’ prophetic, sanctifying and shepherding work.

It’s at baptism that our parents name us. When adults ask what they should call me – Sr Julian, Dr Julian, or Sr Elizabeth – I usually suggest ‘Elizabeth’, my baptismal name, the name by which I was called into the church and which will be used in my funeral liturgy. I find its use without titles a reminder of my baptismal dignity and a guard against any superiority.

Would it stem creeping clericalism today if we used priests’ baptismal names rather than ‘father’? Originally reserved for bishops, this title began to be used for priests in Ireland only in modern times. The custom spread with the Irish to many English-speaking countries.

Long gone are the days of singing, as I used to, ‘Why do I tip my hat to a priest and why do I call him father? He’s like God and how do I know? Holy Orders made him so’.

I’ve often wondered why we haven’t applied Jesus’ teaching, ‘Call no man your father’ (Matt 23:8-10) when we have applied so many others. After all, the command is part of Matthew’s bitter denunciation of the scribes and Pharisees’ leadership, but addressed to the disciples themselves.

Earlier (23:4-7) Matthew is scathing in his criticism of the trappings of power (wearing special insignia, claiming privileged positions and seeking public honour). In Matthew’s community all members are to be ‘servants’ to one another (23:11). Priests, especially, are called to be servants. They have good models in our bishops.