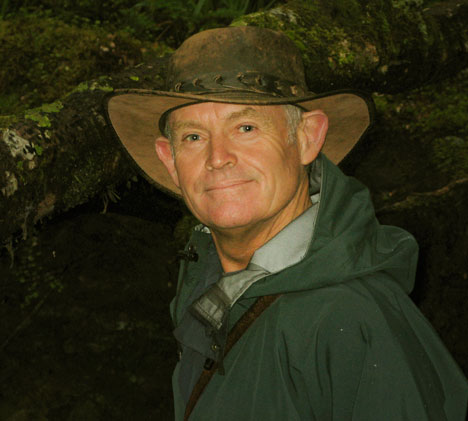 City parishes in the Wellington Archdiocese may be struggling to come to terms with the possibility of having to go to the next suburb for Sunday Mass but in its southernmost parishes of Reefton and Westport, the prospect is an hour’s drive over sometimes impassable roads.

Tony Fortune of Sacred Heart parish Reefton says a good road through the Buller Gorge joins the two larger towns in the Buller-Inangahua Pastoral Area but rough weather often brings rocks and trees across the road which present more of a challenge.

Nevertheless Tony is looking forward to getting people from the two parishes together to discuss the implications of Archbishop John Dew’s proposals in ‘A Future Full of Hope’.

‘We’re a very resilient parish in Reefton,’ he says, and, ‘though it will be sad to lose a priest, we will be ready for that.’ He said the Reefton parish is keen to get alongside its counterpart, St Canice’s in Westport, and look at the possibilities of joining ranks and sharing resources for the future.

The two parishes generally work well together. ‘We’re very alike in many ways.’ Lay people in the Reefton parish give their energies to a great liturgy committee as well as finance committee and parish council and sacramental preparation brings teachers and parents in the school and parish together.

He hopes this will continue in the bigger forum.

‘Even with just one priest, I’m sure we can continue to do Liturgy of the Word with or without Eucharist.’

The reported Mass count in Reefton is 86 but Tony says 120 will pack into the church for a funeral. As well Sacred Heart parish encompasses small Mass centres in Murchison which is 85 kilometres away and Ikamatua, 30 k from Reefton.

Westport, further north, covers Karamea which is a two-hour drive as well as Granity and Charleston.

The main industries on the West Coast are mining – coal and gold – forestry/timber, farming and service industries.

Tony was born and bred in Reefton and returned to the town after teacher training to teach in the school. He is retired but continues to teach in Sacred Heart school twice a week, to record the local weather report and compile the history of the town.

He also plays the E flat bass in the local band.

See also ‘Vatican II calls on laity to step up‘ and the June 2013 editorial.