New stage in a journey 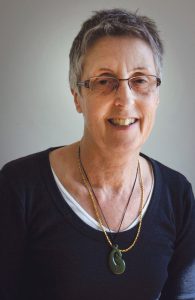 After 10 years working for Catholic Social Services, and the last four as its director, Lesley Hooper retired from the Wellington Archdiocese at the end of September. She is confident in the knowledge CSS has grown on its journey that this year has taken it to its new premises at the Soup Kitchen, Tory St, Wellington.

CSS began 60 years ago to work with the vulnerable and people on the margins.

‘I’ve been working with CSS since 2008 and over the last four as director,’ says Lesley. ‘Our journey has been about rediscovering who we are as a social services agency and how to do that most effectively to support social changes. We’ve been growing in our work around justice and making more connections with our parishes. I’ve been particularly inspired by Pope Francis telling us to do our bit by example. It’s been a privilege for me to work with people on the margins.

‘I feel it’s now time to pass on the leadership to the next person to lead CSS on its next stage.’ Lesley says she is looking forward to spending more time with her family, recharging her batteries and reflecting on what the future may hold for her.

‘After spending the weekend at the Archdiocesan Synod I know there is more that I can do but I just need some time to catch my breath before embarking on new things,’ Lesley said. 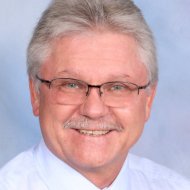 David Olivier has been appointed as the new Director of the Archdiocese’s Catholic Social Services agency. Wellington’s Archbishop, Cardinal John Dew announced the appointment on 31 August 2017.

David comes to the role from the Diocese of Palmerston North where he has been principal of St Peter’s College for the last 18 years. He was previously principal of Upper Hutt College and before that deputy rector of St Patrick’s College, Silverstream.

Cardinal John said, ‘Dave is well versed in Catholic Social Teaching and lives it in his life. In Palmerston North he has been is chairman of the Pathways Executive Group of the Talent Central Trust Pathways Group set up to co-ordinate the transition of students into employment in the Manawatu. He is an exceptional leader and manager and is active in the Church and wider community. Dave is well versed in tikanga Māori and te reo Māori.’