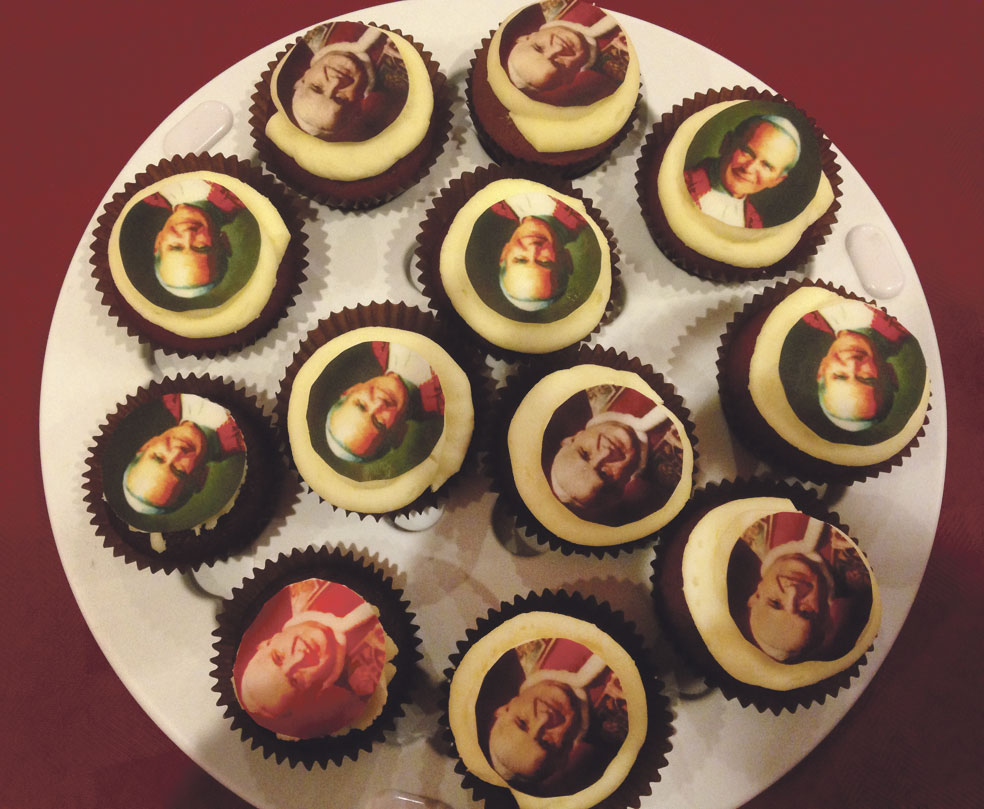 To celebrate the canonisation on 29 April of Popes John XXIII and John Paul II the gen 2 of the Focolare movement in Wellington made commemorative cupcakes which they offered after a special Mass in Sacred Heart Cathedral on 27 April.

Aliesha was inspired by an idea on the papal website, XT3.com to make them as a fun and memorable way to celebrate a significant day for the church. The two popes were made saints in a huge ceremony in Rome on 29 April, the feast day of Ss Peter and Paul, the first popes.

The cupcakes, baked and decorated by Aliesha and Ethan, symbolised the papal colours where red velvet and cream cheese icing represented the colours of the papal office; they were also nice to eat.

We remember the legacies of the two great men – John XXIII with his launching of Vatican II calling for radical church renewal and for his role in staving off the threat of nuclear war, and John Paul II with his breaking down of inter-faith and ecclesial barriers, his love for the young people and the establishment of World Youth Day and for his theology of the body.

Ss John XXIII and John Paul II, pray for us.