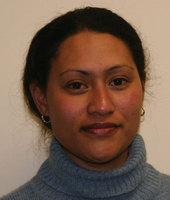 when we live in a country that was the first to grant women the vote, and whose citizens protested against the Springbok tour and where such atrocities as the Holocaust did not take place.

As well, NZ sits alongside Finland and Iceland, as being one of the least corrupt nations, based on the 2006 annual survey conducted by the Transparency International on Corruption Perceptions Index.

To top it off, we have enjoyed over the past two years some of the lowest unemployment levels in our history. Minimum wages are increasing and equal employment opportunities are reinforced in work places.

In a society such as this, it is easy to forget or even ignore that discrimination, in the form of institutionalised racism, still exists, especially when it is concentrated in certain pockets of NZ society, namely Pacific and Māori.

While, arguably, NZ as a whole seems to be enjoying the benefits of the current economic climate, a closer look shows that Pacific are still over-represented among the unemployed, lower-skilled workers and low-income earners (a fact that has existed for the last 20 years at least). As a result of these disparities Pacific people’s ability to fully enjoy equal rights and opportunities is severely limited. Cycles of poverty leading to poor health, low achievement in education and increased levels of family violence often stem directly from the issues mentioned above.

Although the horrors of the dawn raids [in 1978 when police raided the homes of Pacific ‘overstayers’ at dawn, arresting many on passport charges] are now history, Pacific people today still experience being overlooked or undermined in work places despite their experiences, skills and qualifications.

Youth still feel that they are often picked on as being the perpetrators of street brawls, even when this is not the case. Negative images of Pacific people perpetrated by the media, over the many positive achievements of Pacific people, shape how other NZers see Pacific and can affect Pacific peoples’ ability to achieve gainful employment and to be equal participants in NZ society.

Despite some efforts to close the gaps, Pacific people continue to be marginalised in this society. This is mainly due to the fact that political parties have played the ‘race card’ far too often to gain votes, and then failed to deliver on their promises. In the last election the ‘race card’ was used to appeal to racial discrimination leading to the undoing of services that were already in place to assist Pacific and Māori who are among the most in need in our society.

With this lack of commitment to genuinely lift Pacific people’s socio-economic situation, it is no surprise that our people continue to be reflected in all the negative statistics of this country.

So, in the face of this reality one has to ask who is responsible and what can and should be done about this?

First of all, battling discrimination is a task that must be taken up by all members of our society. Anti-discrimination should not just be about treating everyone the same. It should be about equity where those who need a hand up should be given it without shame and fear of condemnation. It can be about standing up against race-based policies that assume everyone is on a level playing field which not only fuels feelings of racial discrimination, but also encourages a monoculture that assumes that one size fits all.

As Christians and Catholics we also owe a duty to love our neighbour. This neighbour is right on our doorstep and in our society and not just a TV commercial or a news item that applies to others and not to us. It is also a duty to speak boldly against policies that preach divisiveness and inequity which lead to discrimination.

We are all individually responsible – after all, ‘evil exists when good people just sit around and do nothing about it’.

Matalena was born in Samoa and now lives and works as a policy analyst in Wellington. She is involved in various community initiatives within the Wellington Region.